The deadly virus has claimed 11 lives so far and reportedly affected some more people. 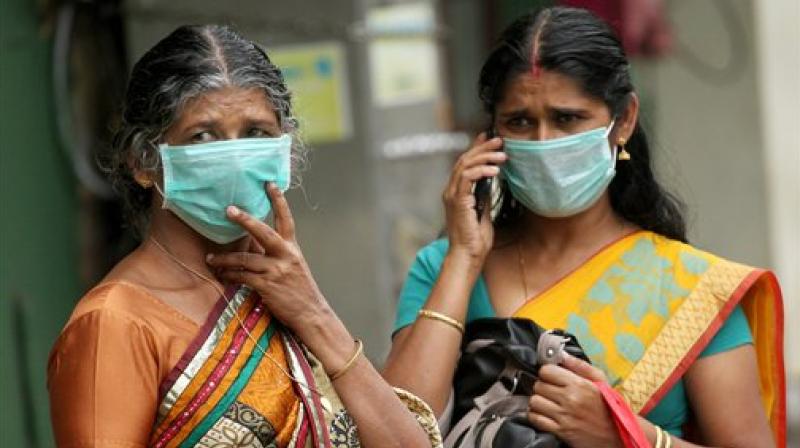 Thiruvananthapuram: The sudden outbreakof the Nipah virus in north Kerala has dashed the hopes of the state Tourism sector, which was expecting a huge inflow of domestic and Gulf holidayers in the coming months.

The deadly virus has claimed 11 lives so far and reportedly affected some more people.

The southern state is now witnessing wide cancellation of hotel bookings and tour packages and many holidayers are even demanding safety assurance from tour operators to visit 'God's Own Country', industry sources said.

Many industry players blamed the media for blowing out of proportion the virus outbreak, which has affected only some districts.

Though May-June-July-August months are generally considered off-season, the state used to witness large number of domestic tourists as well as those from Middle East countries like Saudi Arabia and UAE during the period.

However, following the outbreak of the virus, some states and Gulf countries have cautioned against travelling to Kerala, they said.

Rajesh Pillai, a Kochi-based tour operator, said cancellations have been a daily affair since the rare virus claimed 11 lives in the two districts of Kozhikode and Malappuram.

Businesses worth Rs 30-40 lakh has been affected during May-June months, he said.

"The Nipah issue has affected the industry so badly.

Even the bookings for the month of August and September have been cancelled," he told PTI.

The bookings of group and family packages have been the most affected, he said.

"Tourists are saying that they cannot take risk. They are also asking if any assurance can be given for their safety. They believe that the entire state is facing threat from the Nipah virus," Pillai, the Kerala head of a leading tour group, said.

"The visitors are not prepared to believe that the outbreak had happened in a tiny village in Kozhikode and only some districts have been affected due to it. Unfortunately our media reports gave them such an impression," he said.

Prasad Rao, a pilgrim-tourist from Hyderabad, said he and 14 others were about to reach Kerala today but they cancelled the trip due to the warning from their tour operator.

"We were on our way to Kerala. We wanted to visit major temples of the state including some in Malappuram and Kozhikode, the epicentre of the Nipah virus," Rao said over phone from Chennai.

"Our tour operator said there is a health advisory against travelling to Kerala in the backdrop of Nipah. So we decided to skip the state and changed our schedule," he said.

E M Najeeb, senior vice president, Indian Association of Tour Operators (IATO), said the industry has suffered a huge setback due to the outbreak of the virus, but expressed hope that things would be improved soon.

"Cancellation is a reality...the virus outbreak has hit the tourism sector. It has created some anxiety among tourists to visit the state. But, I hope that things will improve soon after the situation comes under control," he said.

Najeeb said the stakeholders have been conveying to the tourism industry within and outside the country that all the holiday destinations of the state are safe as usual.

Kerala State Tourism Advisory Council would meet on May 27 to discuss the steps to be taken for damage control and reassure the industry players, he said.

Najeeb also praised the state government for its effective intervention to tackle the sudden outbreak of Nipah.

Jose Dominic, a leading state-based hotelier, said though the industry setback was temporary, it would bounce back soon.

"It is true that cancellations and postponements (of tour programmes) are happening. But it is such a critical situation...and so we should give more priority to the safety of the visitors," he said.

Following the outbreak of the virus, the Kerala government had issued an advisory asking travellers to avoid visiting four northern districts of the state -- Kozhikode,

Issued by Health Secretary Rajeev Sadanandan, the advisorysaid travelling to any part of Kerala was safe, but if travellers wished to be extra cautious, they may avoid the four districts, it said.

Another section affected has been fruit merchants for whom the Ramzan season would have been a money spinner. According to the Kerala Fruits and Merchants Association, there has been a 40 per cent dip in the sales in the state due to the outbreak of virus, while in Kozhikode district alone, where the virus first erupted, there has been a fall of 90 per cent in sales.

The Nipah virus is a newly emerging zoonosis that causes severe disease in both animals and humans.

The natural host of the virus is believed to be fruit bats of the Pteropodidae family, Pteropus genus.