The fit and the furious

Many fitness-conscious people of NCR are seeking special training for triathlon and endurance sports events. 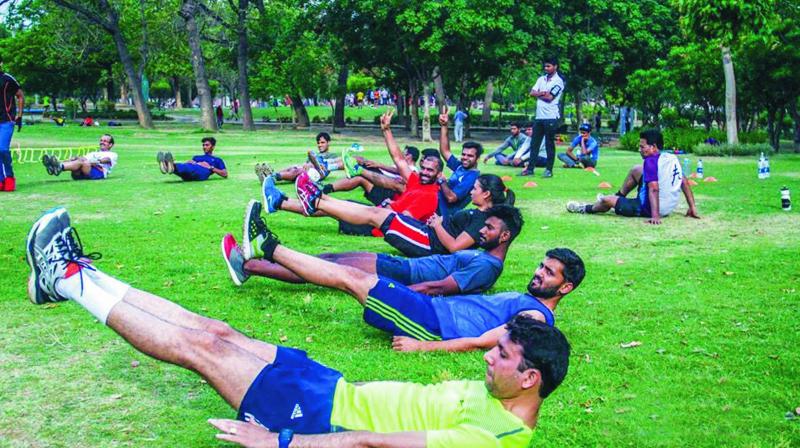 A group preparing for Triathlon

Earlier this year, model-turned-actor Milind Soman added another feather in his cap. After having won the Ironman title two years back, this time around the 51-year-old became an Ultraman by finishing the extreme endurance race in time. But he was not alone. Four more Indians won the title along with him.

Over the last few years, the popularity of triathlon (that includes running, cycling and swimming) and endurance sports have increased a lot with fitness-conscious people aiming for fancy titles like Ironman and Ultraman. The craze is such that people are shelling out big money for training under specialised coaches in pursuit of the title. We speak to trainers and enthusiasts in NCR about this fitness trend on the rise.

Most experts believe that change in lifestyle is the reason for the shift to outdoor training from regular gymming. Saurabh Aggarwal, co-founder of Fitso, a fitness app that has a segment dedicated for people training for triathlon events, think that triathlon and endurance sports is drawing mostly those in their 30s and 40s. He reasons, “Triathlon is a very new sport in India and Ironman is among the toughest triathlon events.

In our country, with such a huge population, you have only 60-odd people who have the title. So, more people are vying for this title because of the respect and repute it brings. Since running and cycling is something one can do in their own leisure time, those in the middle-age category prefer it to several hours of gymming. Endurance sports are a challenge where one has compete with oneself and not with others by improving one’s timing. Also it gives an adrenaline rush and a sense of purpose to those who are well-settled in their lives and for whom money is not an issue.” 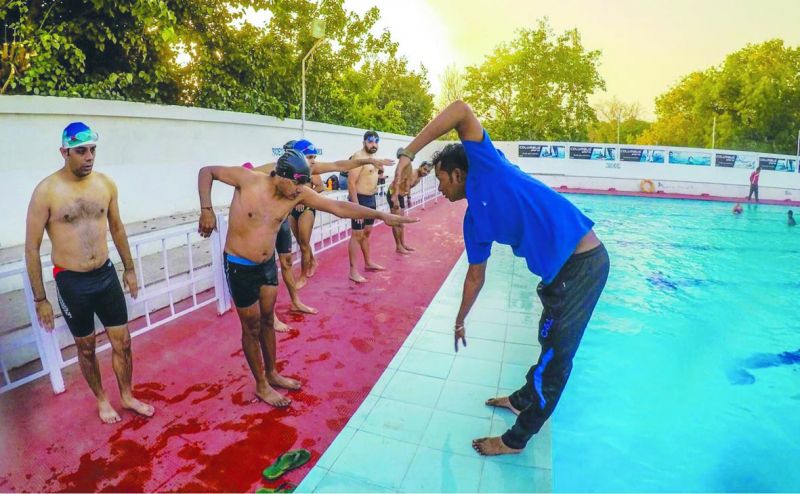 Saurabh, who himself is an Ironman, adds that the app has begun to get 12-14 requests everyday compared to one or two that it was getting six months ago when the segment had just been launched.

Apart from forums like Fitso, there are individuals who provide similar training. On an average, four-five sessions per month can cost a person about Rs 5,000 to 15,000 for the three disciplines separately. Abhishek Mishra, who won the Ultraman title along with Milind, also trains people looking to win titles like him. He says, “Earlier the trend was to throw lavish parties.

Now, you gain respect in the society if you are fit. About a decade back, the trend of half-marathons began, which then led to full-marathons and ultra-runs. Then running became passé and triathlon is the in thing. Also, from a business perspective, when you add an element of swimming to running and cycling, people really get interested.” Abhishek charges Rs 5,000 per month to design a lifestyle plan for the budding triathletes and keep an eye on their progress. “I didn’t charge initially but then I saw that people weren’t taking the training seriously,” he adds.

The trainers don’t even need to personally train the athletes. “My clients also send me videos and I give them my opinion for improvement. Obviously in-person sessions will cost more,” says 47-year-old Manisha Khungar, who has been a swimming coach for 20 years but got into triathlon coaching a few years back. Today she gets 60 enquiries a week. 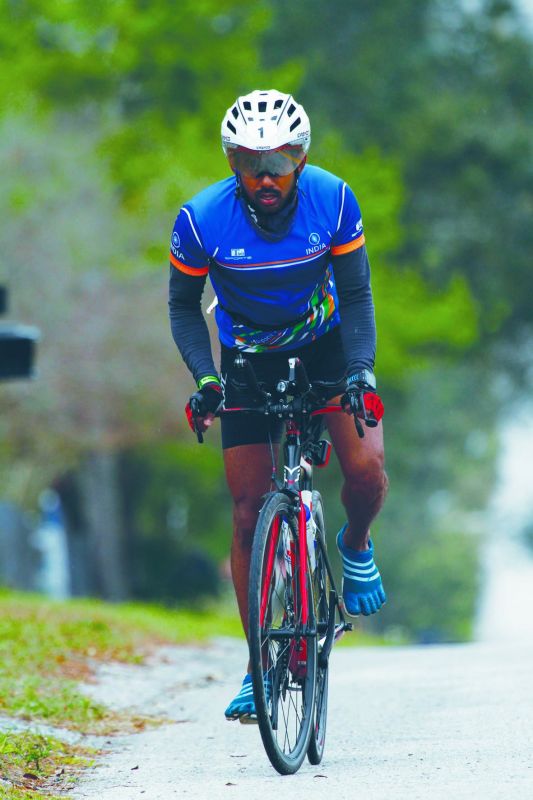 She adds, “Now many triathlon events are being organised in India and people are scheduling their foreign trips to be able to participate in Ironman and Ultraman there.”

The athletes have their own reasons for opting for endurance sports. Twenty seven-year-old Vishesh Narang, who will be participating in Ironman Western Australia in December, says, “Whether it’s time management or being committed and consistent or handling unpredictable situations, triathlon training sessions have taught me the most valuable lessons in life. In a triathlon you go through so many situations like mechanical failures, flat tyres, cramps, dehydration etc. that eventually you learn to make the best out of the bad situations.”

Industry people mention that along with the technical aspect and keeping a tab on the progress, trainers also keep the participant motivated. Pierre Fitter, a 34-year-old associate director at a digital advertising agency and an aspiring triathlete, counts this motivation as a huge plus point.

Commenting on the need of a trainer, he says, “My coach, Gaurav, who has completed three full Ironmans, started with my full assessment. He noted my current performance and capabilities along with my goals and time commitments, and then came up with a customised plan, which was challenging but achievable.  He also monitors my weekly workout performances and based on that, sets the next week’s plans. In just one month, I have already noticed an improvement. This Sunday, I ran a personal best 5km, completing it under 30 minutes for the first time ever! The experiences so far have given me a lot of confidence.”