Life   Health  25 May 2017  Man forced to hide as he was bullied for skin condition
Life, Health

Man forced to hide as he was bullied for skin condition

Antonio suffers from a skin condition which makes his skin look burned and locals call him a ghost. 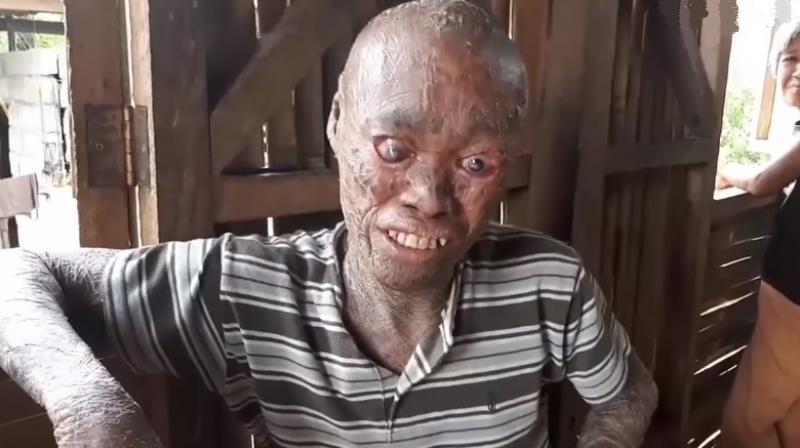 His mother abandoned him when he was 12 (Photo: YouTube)

Skin conditions and birth defects can result in appearance and lifestyle changes which are a struggle for any human being, but the lack of awareness and resulting superstition in several parts of the world not only gives rise to a social stigma that affects the patient, but it also comes in the way of ensuring proper treatment and better healthcare.

After a child with ichthyosis was labled an alien in India and another one with tumours on his face was shunned by society which called him a ghost, one more heartbreaking story of superstition and social exclusion of patient suffering from a rare condition has emerged.

26-year-old Antonio Reloj’s life has been an ordeal, as his skin appears burned due to ichthyosis and people call him a ghost. Ironically the condition haunts Antonio as he is forced to hide from people as the condition gets worse and has spread across his face.

Antonio was only 12 when his mother decided to abandon him due to his condition, and he was raised by his grandmother. He has been facing bullying from locals as they call him a ghost and consider him accursed evil spirit. He can’t enjoy his visits to the church and market anymore as he stays confined to a wooden shack.

Antonio works on electronics all day and dreams of being an electrician after he is healthy. He says his skin hurts if he moves much and that he only wants people to see that he is a human being like them. The stigma and lack of healthcare prevented Antonio from seeking medical help, but now he is set to seek treatment outside the village with help of good samaritans.

Doctors will first have to diagnose ichthyosis which causes the skin to harden, and later they will prescribe a lotion to cure the damage already done. It’s heartbreaking how a many had to live a life suffering discrimination for an illness which is completely curable.