India has rapidly reduced TB deaths among people living with HIV by 84 per cent: UNAIDS. 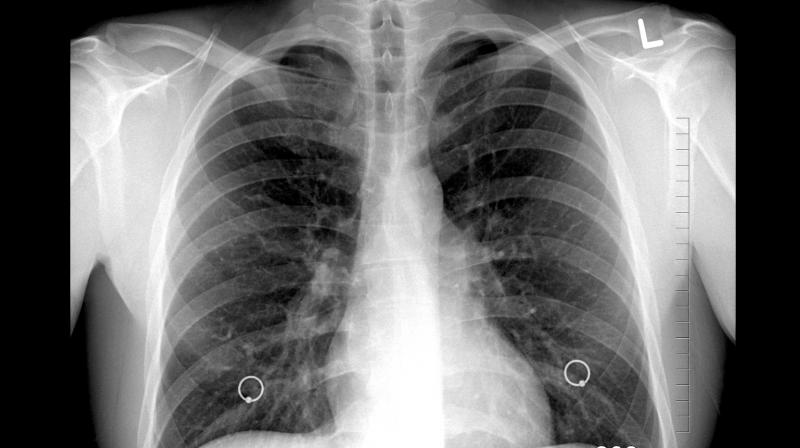 Ahead of World Tuberculosis Day commemorated Sunday, UNAIDS is urging countries to step up action to meet the 2020 target of reducing TB deaths among people living with HIV. (Photo: Representational/Pixabay)

United Nations: India achieved an 84 per cent reduction in tuberculosis deaths among people living with HIV by 2017, the highest recorded decline among over 20 nations and three years ahead of the 2020 deadline, the Joint United Nations Programme on HIV/AIDS (UNAIDS) said.

Ahead of World Tuberculosis Day commemorated Sunday, UNAIDS is urging countries to step up action to meet the 2020 target of reducing TB deaths among people living with HIV by 75 per cent, as outlined in the 2016 United Nations Political Declaration on Ending AIDS.

India achieved the highest reduction at 84 per cent, followed by Eritrea (83 per cent, Djibouti (78 per cent) and Malawi (78 per cent). An additional 18 countries reduced TB deaths among people living with HIV by more than 50 per cent and are on track to achieve the target by the end of 2020, provided that scale-up of services is maintained.

However, the estimates also show that most countries are not on track and that deaths are rising in some regions and countries, UNAIDS said. "TB should be a disease of the past. It has been treatable and preventable for decades. Years of neglecting the rights of the world's poor to basic health care, food and shelter have let TB take hold and allowed resistance to build,” UNAIDS Executive Director Michel Sidibé said.

In eastern Europe and central Asia, the number of TB deaths among people living with HIV increased by 22 per cent between 2010 and 2017, with increases being seen in all but three countries in the region. UNAIDS said that the lack of progress in some countries is a clear indication that further efforts are needed to address the main challenges, including the need for equity and ensuring that vulnerable groups have access to integrated HIV and TB services.

"Although progress is mixed, we can see that the target can be met, and a large number of countries can get there if they act with urgency and use focused community-based approaches,” Sidibé said. "I cannot stress enough how critical it is to integrate TB and HIV services so that people can be screened, tested, treated and offered prevention for both diseases, ideally under the same roof, by the same health worker and on the same day. This is an approach that we know saves lives," he added.

With less than two years to achieve the target, UNAIDS is urging all countries to step up action and partners to work together to ensure that all people affected by HIV and TB have access to effective prevention and treatment services. TB is the top infectious killer worldwide, claiming around 4,400 lives a day. TB also remains the leading cause of death among people living with HIV, causing one in three AIDS-related deaths. In 2017, 1.6 million people died from TB, including around 3,00,000 people living with HIV.