Computer avatars may be effective in helping schizophrenia patients

These voices are typically insulting, tormenting and threatening, causing much distress and anxiety in patients. 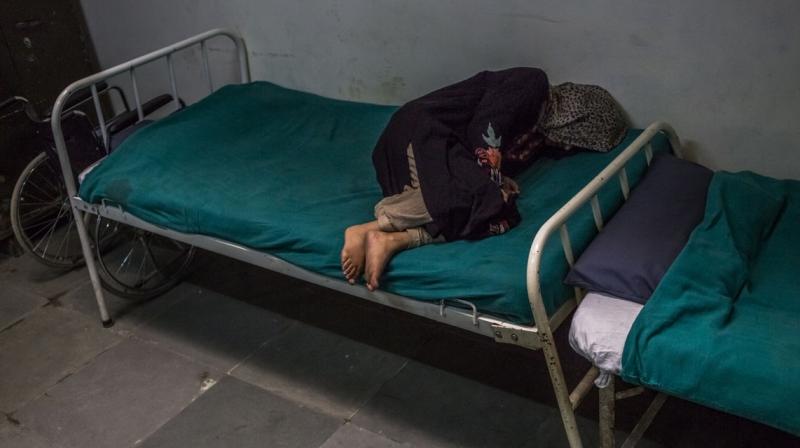 Drug treatments can reduce symptoms in most patients, but around one in four continue to be affected by hallucinations (Photo: AFP)

London: An experimental therapy for people with schizophrenia that brings them face to face with a computer avatar representing the tormenting voices in their heads has proved promising in early stage trials.

Scientists who conducted a randomised controlled trial comparing the avatar therapy to a form of supportive counselling found that after 12 weeks, the avatars were more effective at reducing auditory hallucinations, or voices inside the head.

More research is needed to investigate the approach in other healthcare settings, so the therapy is not yet widely available.

But if further trials prove successful, experts said, avatar therapy could “radically change” treatment approaches for millions of psychosis sufferers across the world.

Schizophrenia is a psychiatric disorder that affects around one in 100 people worldwide. Its most common symptoms are delusions and auditory hallucinations.

These voices are typically insulting, tormenting and threatening, causing much distress and anxiety in patients. Drug treatments can reduce symptoms in most patients, but around one in four continue to be affected by hallucinations.

This study, published in The Lancet Psychiatry journal, involved 150 patients in Britain who had had schizophrenia for around 20 years and who had been experiencing persistent and distressing auditory hallucinations for more than a year.

Of these, 75 were given avatar therapy and 75 had a form of supportive counselling. They all continued with their usual antipsychotic medication throughout the trial.

The avatar therapy was given in 50 minute sessions delivered once a week over six weeks. Before starting treatment, patients worked with a therapist to create a computerised simulation, or avatar, of the voice they most wanted to quieten – including what the voice said, how it sounded, and how it might look.

“So far, these improvements appear to last for up to six months for these patients,” he said. “However ... more research is needed to optimise the way the treatment is delivered and demonstrate that it is effective in other ... settings.”

Ann Mills-Duggan, a expert from the Wellcome Trust health charity which funded the trial, said the results were very encouraging: “If the researchers can show that this therapy can be delivered effectively by different therapists in different locations, this approach could radically change how millions of psychosis sufferers are treated across the world.”