Fear of needles? New technology on its way 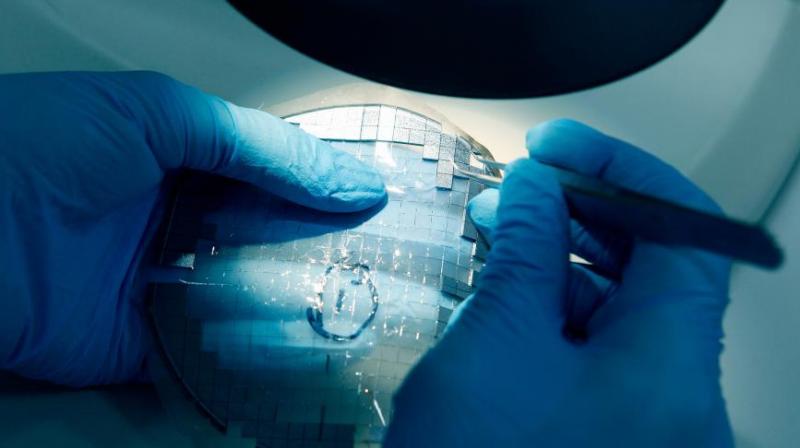 Nanopatch needs no refrigeration and it’s embedded with thousands of tiny spikes that are dry coated with vaccine.

The hypodermic syringe needle has been striking fear in patients since the 1850s. But it could be relegated to the history books within a decade by a revolutionary medical device that promises to deliver far more than pain-free medicine.

Biomedical engineer Mark Kendall’s needle-free Nanopatch is tinier than a postage stamp but huge on potential impact. Its portability could help lower global mortality rates from tuberculosis, malaria, HPV, and other infectious diseases — which account for millions of deaths every year and help to eradicate others, such as polio. Unlike many vaccines that require cold-chain protection to maintain efficacy from factory to storage, the Nanopatch needs no refrigeration — it’s embedded with thousands of tiny spikes that are dry coated with vaccine. That’s a boon in undeveloped regions lacking the electricity to keep medications cold.

Moreover, according to Kendall, the Nanopatch, which attaches to the skin by a spring-loaded device, pushes medications into multiple cells just below the skin, a more effective immune response than needle syringes, which inject drugs into muscle. It’s also safer than hypodermic needles, which injure scores of patients and expose health-care workers to disease. “Old technology may be hard to beat, but we think we have something that can finally beat old technology,” says Kendall, 44, a Rolex Laureate.

He came up with the Nanopatch in 2004, while he was a researcher at Oxford University. He’s already checked out the potential use in Papua New Guinea, which has one of the world’s highest rates of HPV-related cervical cancer but little access to preventative medications. “It’s a great place (for a) test case — a country the size of France that has only 800 refrigerators, many not working or in areas that aren’t accessible to a lot of people,’’ says Kendall, who’s now a professor at Australia’s University of Queensland. Vaxxas, the biotech company Kendall founded, drew millions in investment capital. The company has potential deals with pharmaceutical giants such as Merck and has drawn interest from the World Health Organisation, which will conduct an injectable polio vaccine study in 2017.