43% people in rural India defecate in the open

As per a report published in 2015, 59.43 per cent of the world population defecating in the open live in India. 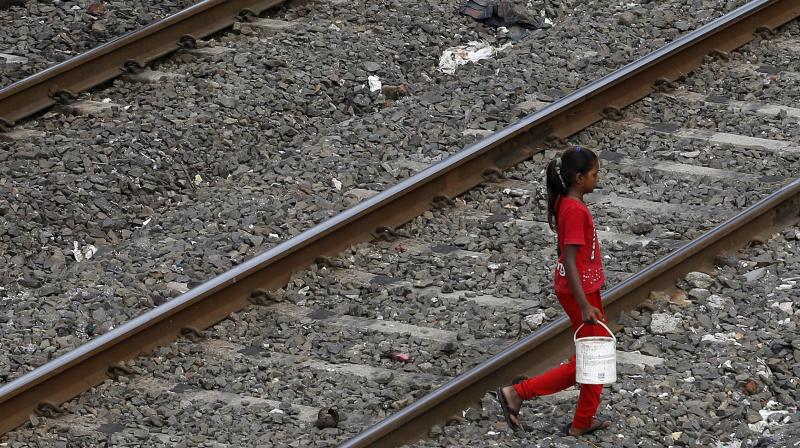 Poverty and lack of infrastructure are some of the major reasons behind poor sanitation (Photo: AFP)

New Delhi: Nearly 43 per cent of India's rural population defecate in open, according to the Ministry of Drinking Water and Sanitation.

As per a report published in 2015, 59.43 per cent of the world population defecating in the open live in India, Minister of State for Drinking Water and Sanitation Ramesh Jigajinagi said in a written reply to Lok Sabha.

"...as per Online Integrated Management Information System (IMIS) of the Ministry of Drinking Water and
Sanitation, 42.85 per cent of rural population defecate in open as on November 21, 2016," Mr Jigajinagi said.

Poverty and lack of infrastructure are some of the major reasons behind poor sanitation. However, sanitation is primarily a behavioural issue. It involves change of mindset amongst people to stop open defecation and to adopt safe sanitation practices, he said.

The Centre had launched the Swachh Bharat Mission on October 2, 2014, which aims at an attaining clean India by October 2019.

The mission is laying more focus on behaviour change and usage of toilets. The focus on capacity building has been increased, the minister said.