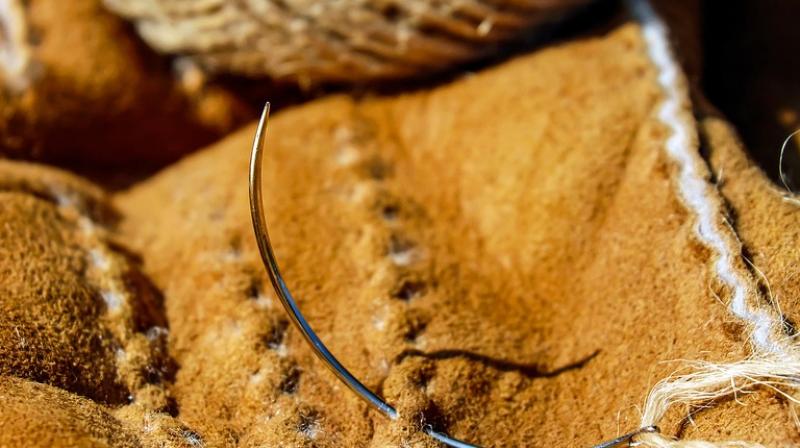 Doctors spent an hour and half removing all craft tools from the narrowest part of the penis (Photo: Pixabay)

A 35-year-old was rushed to hospital after putting 15 sewing needles into his penis. Apparently, the man has the needles in his penis for almost a year and only sought out medical advice after a sudden bout of intense pain and blood discharge while urinating.

Doctors spent an hour and half removing all craft tools from the narrowest part of the penis.

A newspaper reported that the 35-year-old bachelor was admitted to The General Hospital of Shenyang Military Region in Shenyang of Liaoning Province on June 20.

On being asked the man said that he had been sticking needles in his genitals for about a year. Dr Cao Zhiqiang, a urologist with the hospital, said that an x-ray showed the needles stuck at the urethra region. The patient, who remains unnamed, went on to claim that he did not feel an6y pain as he put needles in with the pinhead up.

Dr Liu Long, chief urologist and Dr Cao used an ureteroscope to examine the urinary tract, as well as resectoscope and laparascope.

The needles where then taken out bit by bit using a guidewire.

Dr Cao said Andrology department had had patients who put pen refills and thermometers in the penis but never someone like this.

He went on to add that this was perhaps a sort of ‘fetish’ similar to ‘sadomasochism and foot fetishes.’