Minding your gut, or stomach, with the right food, will help you keep calm, say studies. 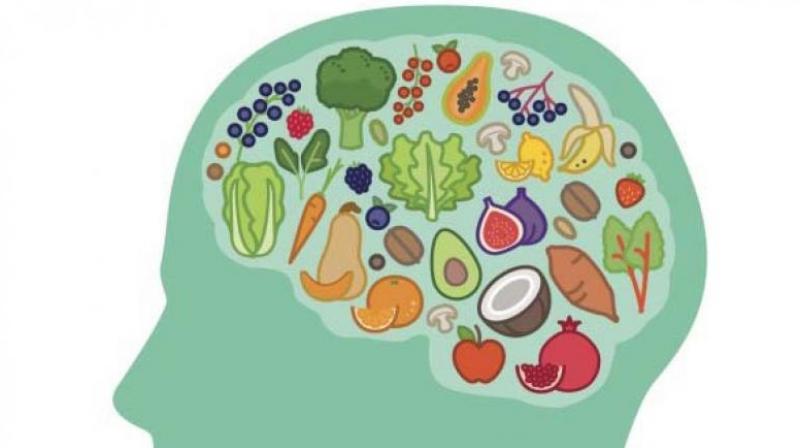 Two bacterial species — lactobacillus (which helps turn milk into curd) and bifidobacterium — have been found to be capable of metabolising glutamate to GABA, which is a key mediator in anxiety disorders.

It’s said the best way to a man’s heart is through his stomach. To his brains, too, say new studies! People have long identified the presence of a gut brain which gives you “gut feelings”. They have also known that our guts are filled with a lot of friendly bacteria, comprising nearly 100 trillion organisms belonging to 1,000-plus species of microbes.

This assemblage of microbes, commonly called the “microbiome”, has a role in a variety of bodily functions such as nutrition, digestion, immunity and growth. Some scientists have revealed that the presence of this microbiome is essential for even the normal development of the gut nervous system as shown in studies in germ-free mice. Scientists go on to say that homo sapiens maintain a complex physical form with just 26,600 genes (rice genome has 46,000 genes), thanks to the genetic material from the bacteria (It is postulated that 1,000 species of bacteria contribute around four million genetic transcripts).

Through such a significant role, it can be rightly said that the microbiome may exert both positive and negative effects on our feelings and thinking alike.

They could interact with our nerve cells by secreting various neurochemicals like neurotransmitters and neuropeptides and in doing so, modulate the functioning of our nervous system.

One of the major causes for a person developing psychological disorders is the deficiency/imbalance of neurotransmitters (chemical messages used by nerve cells to talk to each other) like serotonin, dopamine, GABA (gamma amino butyric acid), glutamate, etc., in the body. This is applicable especially in the case of anxiety disorders, depression, eating disorders and schizophrenia.

Recently researchers have been able to identify the chemical reactions occurring within these bacteria and the results are stunning!

Two bacterial species — lactobacillus (which helps turn milk into curd) and bifidobacterium — have been found to be capable of metabolising glutamate to GABA, which is a key mediator in anxiety disorders. This observation was tested in humans by some researchers and they found that humans with anxiety disorders, when given large quantities of probiotics (friendly bacteria in desired quantities) L. helvetics and B. longum, had an improvement in their anxiety levels.

Emeran Mayer, a gastroenterologist at the University of California, Los Angeles, undertook a study by recruiting 25 healthy women.

He gave half of them a cup of commercially available yogurt, twice a day for four weeks, while the other half were not given any yogurt. Yogurt is a probiotic which contains live bacteria, in this case strains of four species — bifidobacterium, streptococcus, lactococcus, and lactobacillus. The women were given brain scans before and after the yogurt to gauge their response to a series of images of facial expressions — happiness, sadness, anger, and so on.

To Mayer’s surprise, he observed significant differences between the two groups. The yogurt-eaters reacted more calmly to the images than the control group. He came to the conclusion that the bacteria in the yogurt changed the make up of the subjects' gut microbes, and that this led to the production of compounds that modified brain chemistry.

There will come a day very soon when we use gastrointestinal microbiomes to promote positive health and cognitive effects as an adjunct to psychotropic and neurological medications.