World Tuberculosis Day: One in 10 Indian women affected by TB

Usually the TB bacteria affects the lungs, and if left unnoticed, it can also spread throughout the body and cause secondary infections. 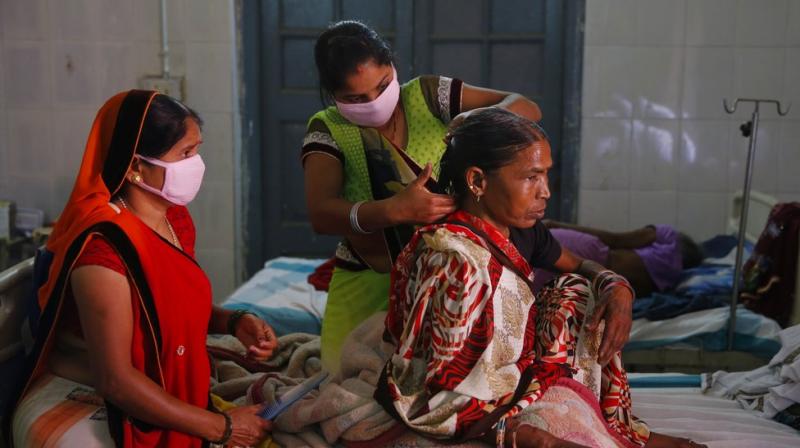 New Delhi: With over 20 lakh cases of Tuberculosis worldwide, India is the second leading country to contribute to the related mortality rate.

Usually the TB bacteria affects the lungs, and if left unnoticed, it can also spread throughout the body and cause secondary infection affecting the kidneys, abdomen, brain, uterus and even the fallopian tubes.

Genital TB can be a great cause of concern for both the partners if they are trying to conceive.

Speaking about it, Dr Arifa Adil, IVF expert, Indira IVF Hospital, New Delhi said, "Though the symptoms may not be so evident enough but the effects can be seen if timely diagnosis is not done. The infections can spread to the uterus and cause thinning of the endometrium, thereby creating a barrier in development of the fetus. TB in females is a chronic disease with low grade symptoms."

She further added, "Tubal factor infertility along with the involvement of the endometrium is the major cause of infertility. Women are more often affected than males that cause irregular menses, vaginal discharge with blood stains or excessive pain during intercourse and sudden pelvic pain. The condition can even mimic other gynecological conditions like ovarian cysts, PID, ectopic pregnancy or even genital cancer."

As per the latest study done by the ICMR, over 50% of female patients coming for IVF procedure have been reported to have genital TB. In over 95% of the cases, the infection was found to affect the fallopian tube, 50% endometrium and 30 % ovaries.

Though it can occur in any age group (15-45 years) the average age was found to be 31 years. In most of the cases the disease was asymptotic or present with very few symptoms. Incidents reported in the Delhi NCR region shows that one in every five women with TB were unable to conceive naturally which accounted for 40%.

"Even though it's difficult to diagnose the presence of TB in genital tract, there are certain ways to detect them, like a sample of tissue taken from a women suffering from TB of fallopian tubes, endometrial tissue is collected from uterus and sent to lab, where the bacteria are grown and later used for testing," said Dr Arvind Vaid, city based gynecologist.

He further added, "The most trustworthy method of diagnosis is making a histological diagnosis of tubercles, which helps doctors on laparoscopy to confirm whether these suspicious lesions are due to tuberculosis or not. Hysterosalpingography (HSG) is also a very useful tool in visualizing the abnormalities in the uterus and the endometrium. And chronic infections can even lead to narrowing of the uterine cavity."

The effects can also be seen in post menopausal women where the condition may be prominent with symptoms of endometrial malignancy, post menopausal bleeding and persistent vaginal fluid discharge. This is also similar in case of affected males where reduction in sperm quality, concentration and motility are few traits.

Treating TB with medications can help women to conceive through ART, either IVF of or IUI, where intervention can be done to repair the after effects. One can prevent themselves against TB by staying away from crowded areas, where you could come into regular contact with people who are infected, have access to a proper healthcare system and undergo physical exams on a regular basis, get vaccinated against the condition, if possible.