People who care for others may live longer: study 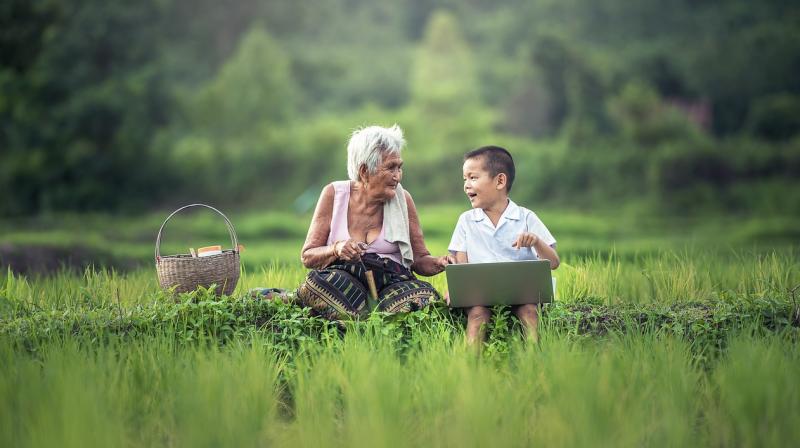 Half of the grandparents who took care of their grandchildren were still alive about ten years after the first interview in 1990. (Photo: Pixabay)

Berlin: Older people who help and support others may live longer than those who do not, a new study has claimed.Researchers, including those from Max Planck Institute
for Human Development in Germany, conducted survival analyses of over 500 people aged between 70 and 103 years, drawing on data collected between 1990 and 2009.

The researchers compared grandparents who provided occasional childcare with those who did not, as well as with older adults who did not have children or grandchildren
but who provided care for others in their social network. The results of their analyses show that this kind of care-giving can have a positive effect on the mortality of the
carers.

Half of the grandparents who took care of their grandchildren were still alive about ten years after the first interview in 1990. The same applied to participants who did not have
grandchildren, but who supported their children - for example, by helping with housework. In contrast, about half of those who did not help others died within five years.

The researchers were also able to show that this positive effect of care-giving on mortality was not limited to help and care-giving within the family. The data analysis showed that childless older adults who provided others with emotional support, for example, also benefited. Half of these helpers lived for another seven years, whereas non-helpers on average lived for only another four years.

"But helping should not be misunderstood as a panacea for a longer life," said Ralph Hertwig from Max Planck Institute for Human Development. "A moderate level of care-giving involvement does seem to have positive effects on health. But previous studies have shown that more intense involvement causes stress, which has negative effects on physical and mental health," said Hertwig.

As it is not customary for grandparents in Germany and Switzerland to take custodial care of their grandchildren, primary and custodial caregivers were not included in the
analyses. Researchers think that prosocial behaviour was originally rooted in the family.

"It seems plausible that the development of parent's and grandparent's prosocial behaviour toward their kin left its imprint on the human body in terms of a neural and hormonal system that subsequently laid the foundation for the evolution of cooperation and altruistic behaviour towards non-kin," said

Sonja Hilbrand from the University of Basel in Switzerland. The study was published in the journal Evolution and Human Behaviour.