The tattoo ink helps make the marks disappear after the treatment 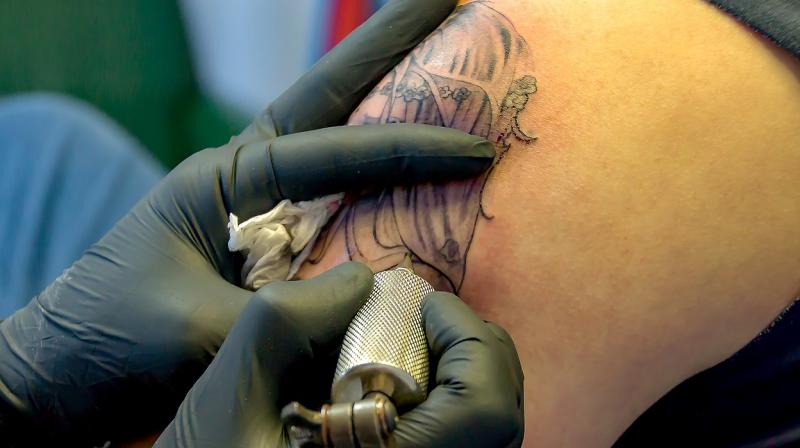 The new ink can prevent inflammation and discomfort at the site of the tattoo made to cure cancer before the treatment starts. (Photo: Pixabay)

Los Angeles: Scientists have developed a new tattoo ink that glows only under certain light conditions and disappears after a period of time and may help in surgical treatment of patients with skin cancer.

Doctors are using tattoos on patients to mark an area for future treatment - particularly for non-melanoma skin cancer such as basal cell carcinoma - but the inks can cause problems. Researchers, including those from University of
California in the US, created a time-limited pigment by cross-linking fluorescent supramolecular nanoparticles. Under ambient lighting, the nanoparticles are invisible, which would avoid unwanted markings in a patient's skin.

However, the pigment glows under light shining at a wavelength of 465 nanometres, so doctors would be able to use a special light to see the dye. Testing in mice showed that tattoos created with these nanoparticles did not cause inflammation and lasted for three months.

This would be long enough to mark a spot from biopsy through treatment for a non-melanoma patient. Patients diagnosed with skin cancer typically have to
wait up to three months between a biopsy confirming their condition and treatment. Doctors can mark the spot for possible future treatment using carbon graphite, India ink or fluorescent dye.

However, these pigments permanently colour the skin, and can require laser or surgical removal after a patient has undergone surgery. They can also cause inflammation and discomfort at the site of the tattoo. Researchers wanted to develop a safer, more patient-friendly option.

The study appears in the journal ACS Nano.