The vaccine, called rVSV-ZEBOV, was studied in a trial involving 11,841 people in Guinea during 2015. 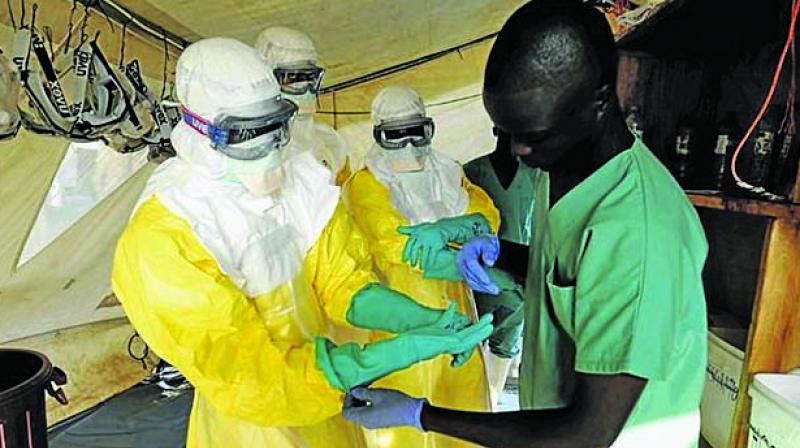 New Delhi: Vaccine against deadly Ebola may soon become a reality. According to a study published in the Lancet, an experimental Ebola vaccine was highly protective against the deadly virus during a major trial in Guinea. The vaccine is the first to prevent infection from one of the most lethal known pathogens, and the findings add weight to early trial results published last year.

“While these compelling results come too late for those who lost their lives during West Africa’s Ebola epidemic, they show that when the next Ebola outbreak hits, we will not be defenceless,” said Dr Marie-Paule Kieny, WHO’s Assistant Director-General for Health Systems and Innovation, and the study’s lead author.

The vaccine’s manufacturer, Merck, Sharpe and Dohme, this year received Breakthrough Therapy Designation from the United States Food and Drug Administration and Prime status from the European Medicines Agency, enabling faster regulatory review of the vaccine once it is submitted.

The trial took place in the coastal region of Basse-Guinée, the area of Guinea still experiencing new Ebola cases when the trial started in 2015. The trial used an innovative design, “ring vaccination” approach - the same method used to eradicate small pox.

After interim results were published showing the vaccine’s efficacy, the trial was also opened to children older than six years.

“Ebola left a devastating legacy in our country. We are proud that we have been able to contribute to developing a vaccine that will prevent other nations from enduring what we endured” said Dr KeÏta Sakoba, coordinator of the Ebola Response and Director of the National Agency for Health Security in Guinea.