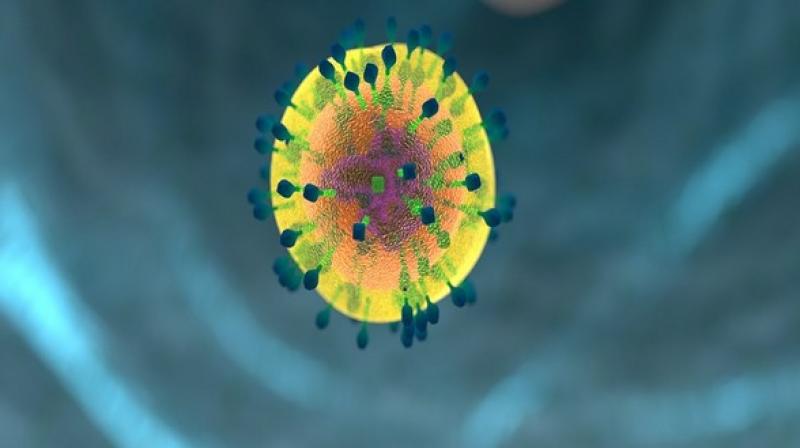 Collagens are the most abundant proteins found in mammals, and declining collagen levels are associated with aging. (Photo: ANI)

Washington: A new study suggests that wrinkles on the skin of a microscopic worm 'Caenorhabditis Elegans' might provide the key to a longer, healthier life for humans.

Working with Caenorhabditis Elegans, a transparent nematode found in soil, researchers at Washington State University's Elson S. Floyd College of Medicine were the first to find that the nervous system controls the tiny worm's cuticle, a skin-like exterior barrier, in response to bacterial infections. Their study was published today in Science Advances.

Often used in biologic research as a model organism, the C. Elegans nematode has a relatively simple structure while still sharing several genetic similarities with more complex mammals including humans, so this discovery holds implications for human health as well.

"Our study challenges the traditional view that a physical barrier such as a worm's cuticle or a human's skin does not respond to infections but is part of the body's innate defense against a pathogen," said Assistant Professor Jingru Sun, the corresponding author on the paper. "We show that during infection the nematode can change its cuticle structure and that defense response is controlled by the nervous system."

Sun and her colleagues used technologies such as gene silencing and CRISPR gene editing to show that a G-protein-coupled receptor tied to a gene called NPR-8 regulates collagens, proteins that are the key structural components of the nematode's cuticle. Nematodes whose NPR-8 receptor was removed survived longer when exposed to the pathogens that cause pneumonia, salmonella and staph infections. The cuticle of the nematodes without the receptor also remained smooth compared to their wild peers whose cuticle wrinkled in response to the same pathogens.

"For nematodes, it's important to maintain a healthy cuticle that acts as the first line of defense against external insults," said Durai Sellegounder, lead author on the paper and a postdoctoral researcher in Sun's Lab. "Many pathogens produce wicked proteins that try to destroy this barrier and establish infection. Our results show that the nervous system can detect these attacks and respond by remodeling or strengthening this protective structure."

Collagens are the most abundant proteins found in mammals, and declining collagen levels are associated with aging. For humans, collagen loss can create more problems than just unsightly wrinkles. While nematodes have only one "extracellular matrix," the cuticle, humans have an extracellular matrix on every organ and if that matrix is too stiff or too lose it can be harmful.

The WSU study results indicate that collagens play an important role in the defense of pathogen infection, and the researchers speculate that the neural regulation of collagens might play a role in overall longevity as well. Their next goal is to understand the underlying defense response mechanisms.