Hypnotherapy can be a new treatment option for IBS

The findings suggest that group hypnotherapy is as effective as individual sessions, which can help treat many more patients with IBS. 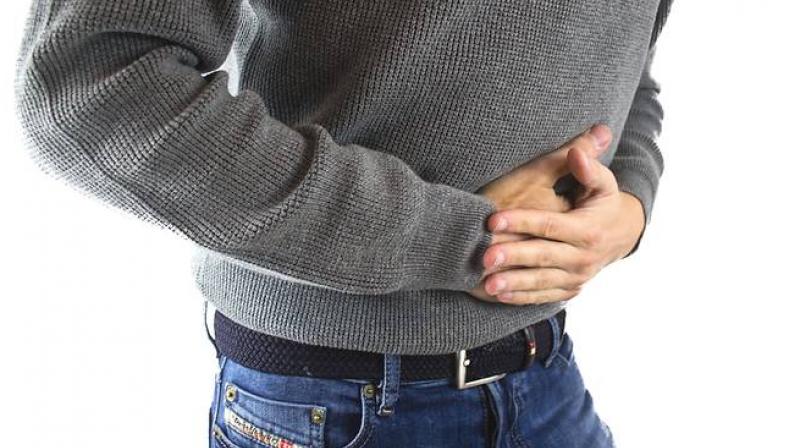 However, hypnotherapy did not appear to reduce the severity of symptoms (Photo: AFP)

The study, published in The Lancet Gastroenterology & Hepatology journal, found that hypnotherapy in group or individual sessions helped relieve IBS complaints for some patients for as long as nine months after the end of treatment.

Hypnotherapy is a form of therapy used along with other forms of psychological or medical treatment.

"Our study indicates that hypnotherapy could be considered as a treatment option for patients with IBS, irrespective of symptom severity and IBS subtype," said Carla Flik from the University Medical Center Utrecht in the Netherlands.

"It is also promising to see that group hypnotherapy is as effective as individual sessions, which may mean that more people could be treated with it at lower cost, should it be confirmed in further studies," Flik said.

After three months of treatment, adequate relief of IBS symptoms was reported by more patients who received individual and group hypnotherapy than those given education and supportive care.

The findings suggest that group hypnotherapy is as effective as individual sessions, which could enable many more patients with IBS to be treated at reduced cost.

The study is the largest randomised trial of hypnotherapy for IBS to date, and one of the first conducted in primary care, where the vast majority of IBS patients are treated.

The study found that IBS patients undergoing hypnotherapy reported a greater overall improvement in their condition and were more able to cope with their symptoms.

They were less troubled by their symptoms compared with those who received educational supportive therapy. However, hypnotherapy did not appear to reduce the severity of symptoms.

"What's striking about these findings is the extent to which patient's perception of their illness has an effect on their suffering, and that their perception of symptoms appears to be as important as actual symptom severity," Flik said.

IBS affects around one in 5 people worldwide and is a persistent and difficult-to-treat condition, with symptoms that can seriously affect quality of life including abdominal pain, bloating, diarrhoea, and constipation.

For many sufferers, drug and dietary treatments are not successful.

Psychological interventions have proven effective, but their use is limited by a shortage of trained therapists.

The study recruited 354 adults (aged 18-65 years) with IBS who were referred by primary care physicians and hospital specialists to 11 hospitals across the Netherlands between May 2011 and April 2016.

Participants were randomly assigned to receive either 45-minute individual sessions (150 patients) or group sessions (150) of hypnotherapy twice weekly for 6 weeks, or education and supportive care (54).

Hypnotherapy treatment was provided by psychologists who were trained as hypnotherapists.

It involved a technique of positive visualisation during which patients were given suggestions about how they could gain control over their digestive system to reduce feelings of pain and discomfort.

Patients were also given a CD so they could practice self-hypnosis exercises at home for 15-20 minutes every day.