Palliative care linked to better, if not longer, life 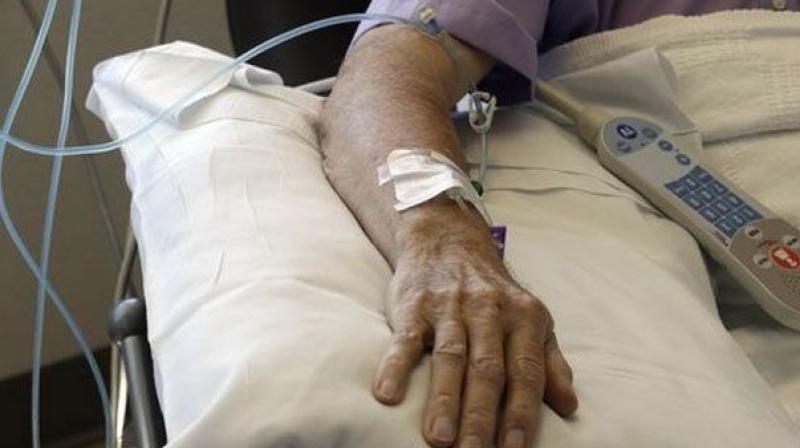 Those who received palliative care were generally more satisfied with their care and so were their caregivers. (Representational Image)

Palliative care may offer a better quality of life to chronically sick or terminally ill patients even if it doesn’t help them live longer, a research review suggests.

Research to date on the impact of palliative care has produced mixed results. Some studies have shown a survival benefit but findings have often been muddled by the possibility that there are differences between patients who choose palliative care and those who opt for other types of treatment.

For the current study, researchers examined data from 43 previously published studies with a total of almost 13,000 patients and 2,500 caregivers to see if a pooled analysis could offer a clearer picture.

Still, they found no association between palliative care and survival. “While some studies have shown a positive relationship, others have not; when we combined the results of these studies, on the whole, we found no relationship,” Kavalieratos said by email.

“That said, the underlying assumption here makes sense intuitively – that if you improve people’s symptoms and quality of life, their suffering will decrease, they will be able to engage in and enjoy their lives, and perhaps live longer,” Kavalieratos added. “However, it is a long pathway from symptoms to survival.”

By design, palliative care is focused on reducing suffering for seriously ill patients and their families. Many U.S. hospitals have inpatient palliative care programs, and outpatient and community-based alternatives are becoming increasingly common, researchers note in JAMA. Across the studies, patients were 67 years old on average.

The majority of studies involved people with cancer, but some also focused on patients with heart failure. These two diagnoses are the most common reasons for palliative care, the study authors note. Most of the studies in the analysis measured how well palliative care addressed both physical and psychological issues.

In the analysis, palliative care was associated with statistically and clinically significant improvements in measures of patient quality of life and symptom burden after one month and three months of follow-up.

When researchers looked at only the subset of five studies with a low risk of bias due to the types of patients who received palliative care, the impact on quality of life was less pronounced and there was no longer a statistically meaningful impact on symptom burden. Palliative care was, however, consistently associated with improvements in advance care planning, patient and caregiver satisfaction and less healthcare use.

One limitation of the research review is that variation in the types, timing and duration of palliative care in he included studies made it hard to draw firm conclusions in some instances, the authors caution.

Still, the findings suggest that more providers should be trained in palliative care and that researchers should work to pinpoint the best way to make this type of intervention effective for patients, Dr. Preeti Malani of the University of Michigan in Ann Arbor writes in an accompanying editorial. “Families are often not made aware that palliative care is an option, especially when cure is the focus,” Malani told Reuters Health by email.