Read on to know more about a popular nut that is beneficial for diabetics. 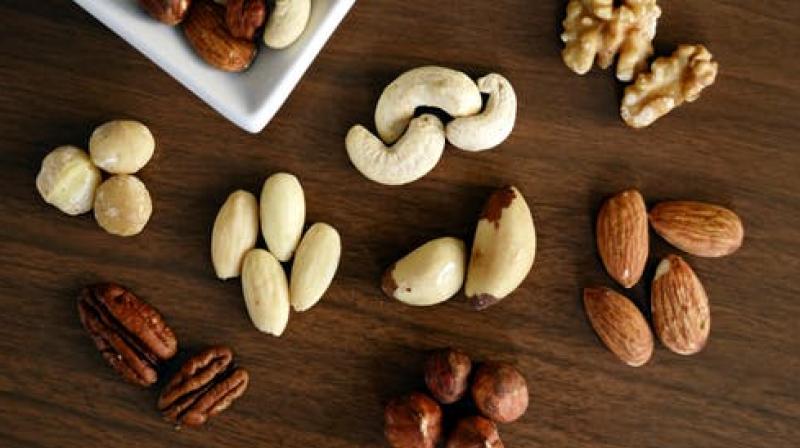 While diabetes can be treated with effective medication, it’s not sufficient. Taking care of what you should eat and avoid eating also goes a long way in lowering your blood sugar levels. Not just that, exercising is also helpful for controlling diabetes.

A low-sugar, low-sodium diet is ideal for those suffering from diabetes. According to the American Diabetes Association, eating nuts is extremely beneficial for diabetics. A recent study has suggested that eating five servings of nuts every week can lower the risk of heart disease in people suffering from type 2 diabetes by 17 per cent. Published in the Circulation Research journal, it also points out that consuming nuts lowers the risk of death by 34 per cent amongst diabetics.

Compared to other nuts, cashew nuts have a fairly low fat content. A study conducted in 2018 and published in The Journal of Nutrition and Disease points out that eating cashew nuts helped in increasing ‘good cholesterol’ levels and lowering systolic blood pressure (usually, the first number recorded while measuring blood pressure) among Asian Indians who had type 2 diabetes. Apparently, the nut doesn’t have any “deleterious effects on body weight, glycemia, or other lipid variable”. The study focused on 300 subjects and the trial was controlled for 12 weeks.

About 75 per cent of fat found in cashew nuts is made of oleic acid, which happens to promote heart health because it’s a mono-unsaturated fat. According to The Indian Express, a lot of experts recommend eating a handful of nuts daily to lead a healthy life, except for those who are allergic.

In addition to these, walnuts, almonds, and pistachios are also good for people with type 2 diabetes. The unsalted versions would be preferable for them, because they’re advised to go for a low-sodium diet.