Is technology a boon or bane for children

We got in touch with consultant psychiatrist Dr Charan Teja Koganti for his expert opinion on the subject. 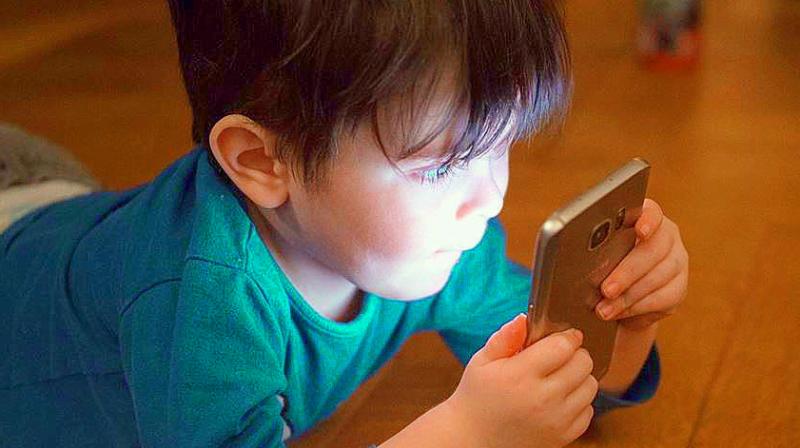 WHO recommends that children between two and four years of age should be restricted to spending at most one hour a day on electronic devices.

Children below five who tend to spend extended periods of time on their smartphones are at risk of adverse physical and mental effects, as per guidelines issued by the WHO.

As per the guidelines issued by the World Health Organisation (WHO), electronic screens, which have now become an inescapable aspect of human life, can cause harm to young infants and children below five years of age. Consequently, it has become increasingly significant to discern how children can be protected from the damage. WHO recommends that children between two and four years of age should be restricted to spending at most one hour a day on electronic devices. We got in touch with consultant psychiatrist Dr Charan Teja Koganti for his expert opinion on the subject.

How do smartphones and gadgets affect children?
The guidelines laid by the WHO focus only on the quantity of screen use and fail to consider context and content. Children below five are still growing and are therefore a lot more sensitive to radiation than adults are. In fact, mobile radiation is known to be destructive for kids’ physical and mental health. However, in order to discourage a child from spending excessive amounts of time on their gadgets, parents and other family members are going to have to set an example by doing the same.

Smartphones and other gadgets seem to have become a cause for anxiety among parents. How can parents ensure that their children aren’t spending too much time in front of the screen?
Children who have a tendency to use cellphones for extended periods of time have shown a higher likelihood of developing non-malignant tumours, especially in the ear and brain. Mobile phones have therefore been classified by the WHO as a “possible carcinogen”.

The thing is, children will inevitably gravitate towards the behaviours displayed by their parents. Therefore, setting a better example as parents in terms of screen use is known to help. Also, parents can set strictly limited viewing times, encourage other activities like art, sports or reading books, and spend time playing outdoor games with children to help get their minds off their gadgets. It is also a good idea to not allow television in the bedroom.

Have cases of adverse effects caused by excessive use of gadgets been recorded in medical journals?
Research has shown that talking on the phone for just two minutes is enough to alter electrical activity inside a child’s brain. In the long run, it is known to cause mood and behavioural disorders, and difficulty learning or focusing. However, there is not enough data to set an appropriate screen-time threshold for children yet.

Does detox take longer in children than it does in teenagers and adults?
Like any disease, early intervention — which calls for early diagnosis — is critical in the case of detox.

Can technology-induced compulsive behaviour affect people in the long rung or in the later stages of life?
An increasing number of technology-related behavioural changes are being noted in both children and adults. The most obvious physical risk for children is obesity, which is found to be the root cause of other physical changes in the body.

Additionally, a large number of children have been found to suffer from mood disorders like aggression, risk-taking tendencies, fatigue, and attention deficit caused by spending excessive amounts of time on their gadgets. Such children are also more likely to have trouble socialising in school.

Can children below five years of age comprehend the difference between the virtual world and the real world?
According to Jean Piaget’s The Concrete Operational Stage of Cognitive Development, children are found to become more logical and sophisticated in the manner in which they process information after five years of age. However, separating the virtual world from the real world can be quite a task for children below the age of five as the brain is still in its formative phase then.

Does technology make it challenging for parents to ensure the physical and mental wellbeing of their children?
We live in an era of gadgets, so yes — it absolutely does make it extremely difficult for parents to look over their children’s physical and mental wellbeing. Strict monitoring of a child’s screen use is critical — it can be quite difficult initially, but children eventually understand that they need to comply. The key over here is limitation and not deprivation or non-exposure. Technology has its own benefits in the long run, so it’s important to help children strike a balance.