Anorexia is a 21st-century illness and it's fairly common. 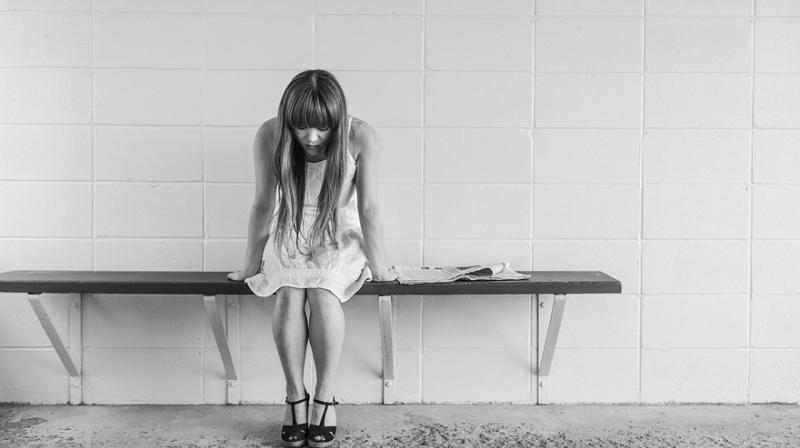 GANGNEUNG, South Korea: Four years ago, Russia's Yulia Lipnitskaya had the world at her 15-year-old feet, before the ground crumbled beneath them.

The figure skater had emerged as one of the golden athletes of the Sochi 2014 Winter Olympics, enchanting her audience to win the team title -- and a very public bear hug from Russian President Vladimir Putin. But during the Pyeongchang Winter Games, Lipnitskaya is back home in Russia, her skates gathering dust, after she retired in September due to health issues related to anorexia.

Eating disorders have been described as "skating's dirty little secret" -- partly because sufferers usually strive to keep their problem well hidden. Canada's Gabrielle Daleman said she received messages from many other skaters when she opened up about her own problems.

"I don't know if it's the sport or if it's just the way people look at themselves," the 20-year-old told AFP. "I just wasn't happy with the way I was looked, from being bullied (at school) and everything, I was getting criticised.

"I tried to look a certain way what people wanted me to look, rather than just feel good about myself. So that's something I've learned over the past year."

Daleman, who finished 15th in the women's singles in Pyeongchang, said her eating disorder started at school, where she was bullied over a learning disability. "I got a lot of messages from other skaters. Ashley Cain messaged me, Gracie (Gold) messaged me, Evgenia Medvedeva messaged me.

"A lot of skaters came up saying thank you for sharing the story, because not a lot of people are open with it."

One of those she mentioned, Gracie Gold, a two-time American champion, pulled out of this Olympic season, citing an eating disorder, depression and anxiety. In 2005, an eating disorder forced American skater Jenny Kirk to end her promising skating career in the run-up to US team selection for the 2006 Turin Games.

'I'm not ashamed'
In Lipnitskaya's case, anorexia was ruining her life. She sought help in a clinic in Israel in January, before taking the momentous decision to call time on her skating career at the age of just 19.

She has spoken candidly about her struggles, saying as an inherently shy girl she'd found it hard to cope with her sudden fame. "Ever since childhood I've been a very strong introvert," she said in an interview with the Russian skating federation. "Speaking with an unfamiliar person meant I had to make a real effort.

"Anorexia is a 21st-century illness and it's fairly common. Unfortunately, not everyone can cope with it."

She said "it was really hard to take the decision to quit... but I talked to my mother and we decided to start a new life." Skating is tough on a developing body: hours and hours of draining, repetitive training, jumping higher, spinning faster. It is also an aesthetic sport where competitors typically wear skimpy or figure-hugging outfits -- and where the spotlight can be cruel, shining on some but not others.

Skating's ruling authority the ISU, when contacted about eating disorders, referred AFP to the medical guidelines on its website, which say skaters and coaches are educated about health, nutrition and injury. "Any reported case affecting the health of an athlete is taken very seriously by the ISU Medical Commission," the ISU guidelines say.

For Daleman, meanwhile, there is an enormous sense of pride over speaking out about her story and making it to her second Olympics. "I'm not ashamed of it. I'm proud of the struggles I've been through and I'm going through and I'm very happy to be here and what I've been able to do," she said.