Often feelings of inferiority that cause economically challenged people to eat unhealthy foods. 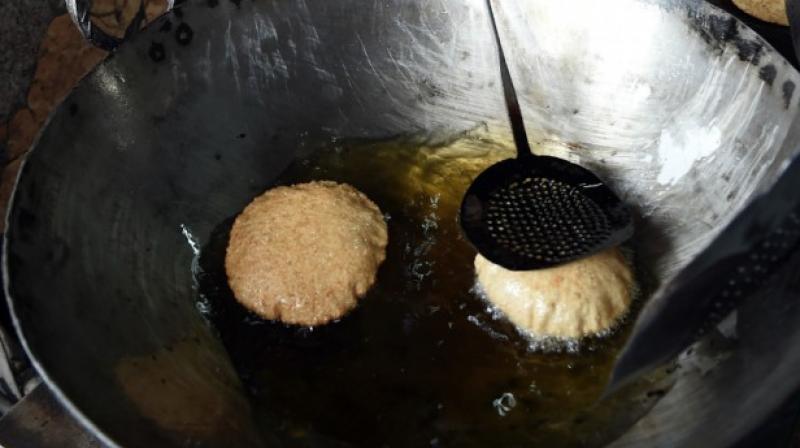 One of the studies involved inviting volunteers to an actual buffet and allowing them to eat from a choice of foods (Photo: AFP)

Beijing: People who are made to feel socially inferior tend to yearn for fattier foods, a new study has found.

Prior research has shown that people on the lower end of the economic spectrum tend to be more obese than those higher up, but there has been little consensus regarding the actual cause of it.

Researchers from Nanyang Technological University in Singapore and the Chinese University of Hong Kong conducted four experiments that showed that the likely factor was feelings of inferiority.

They found that the feelings of social inferiority can cause people to want to eat more fatty food.

The volunteers were then asked to fill out a questionnaire regarding their desire for food at a buffet and to describe what types of food they most wanted to eat.

One of the studies involved inviting volunteers to an actual buffet and allowing them to eat from a choice of foods.

The researchers report that volunteers who were asked to imagine themselves at or near the bottom of the social ladder craved for more food and ate more at the real buffet, 'Phys.Org' reported.

In addition, the same group was also found to both desire fattier foods and to consume them when given the chance.

The findings show that it is often feelings of inferiority that cause economically challenged people to eat unhealthy foods, which leads to weight gain, researchers said.

The study was published in the journal PNAS.