Bandra girl and Instagram sensation Natasha talks about her quest to promote yoga as a means to combat emotional and physical stress. 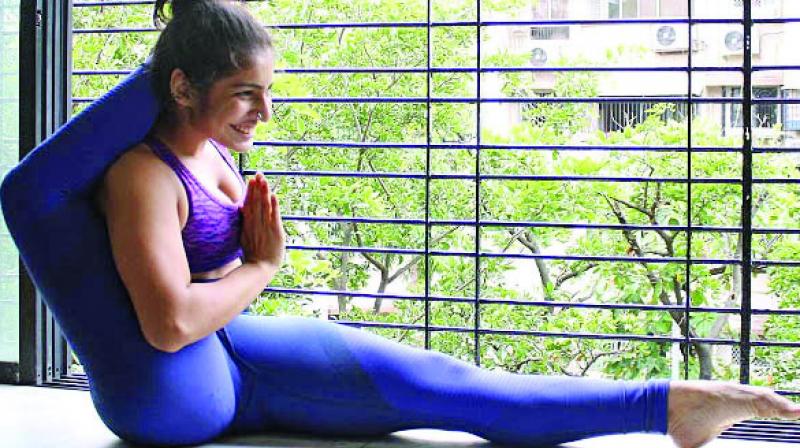 When 23-year-old Natasha Noel suffered a knee injury, she was told she would never be able to dance again. “I had always been a dancer, and the thought of not having that movement in my life scared me,” she reminisces.

The Bandra resident then took up photography for a year and a half after her accident, during which she photographed only dancers. “I had to find a way to stay close to dancing. And since I couldn’t dance myself, I photographed them,” she says. However, that wasn’t enough for her. “I needed to go back to having a certain movement in my life. But, dancing was off the list,” she recalls disappointed.

Having battled with depression for years, Natasha didn’t want to fall back in the same pit, which is why she took up yoga. “Dancing had meant a lot to me, and if I wasn’t able to do that, I’d still keep the movement alive. That’s when I started learning yoga, with the help of YouTube videos and reading up on it,” she explains. Natasha insists that her journey isn’t about how she discovered yoga; it is more of how ‘yoga found her’.

Today, Natasha is a self-taught yoga teacher, and has over 53.7k followers on Instagram, where she uploads images and videos of yoga asanas. Not just yoga, she even addresses issues that girls face these days through her videos — issues such as receiving obscene images online, people staring on the roads, and body image issues. But there’s more to her interest in working in this sphere. “I think my mum’s suicide was the beginning of several insecurities, depression and abandonment issues. In the beginning, I simply taught myself to suppress all the issues, which is a very humane reaction to have. But, I didn’t realise that everything would come back to me. I was used to self-victimising. And yoga helped me through this. I started talking to myself in the way that yoga teachers do — and it was therapeutic. I allowed myself to feel all these emotions I felt and learnt to be self aware,” she explains.

She doesn’t have the quintessential yogini body — the sleek and flexible body that people associate with those who practise yoga. And through her posts, Natasha aims at spreading the thought that a healthy body isn’t necessarily a lean one. “I am of the belief that muscles attract more than bones; I believe in nourishing your body than starving it. And so, it is wise to just start; wherever you are, just start and don’t be lazy,” she says. She says that she even gets comments on her posts asking her why she practises in tight clothes. “I don’t understand why one cannot go beyond the physical body. This one time, someone commented on one of my posts asking me why I practise in a leotard. I decided then and there that I wasn’t going to get into this conversation and didn’t respond to that. But, another girl responded to it saying if several male yogis do it in chaddis, what’s wrong with a leotard?” she says. She even refrains from calling them ‘followers’. “My Instagram supporters are my family,” she smiles.