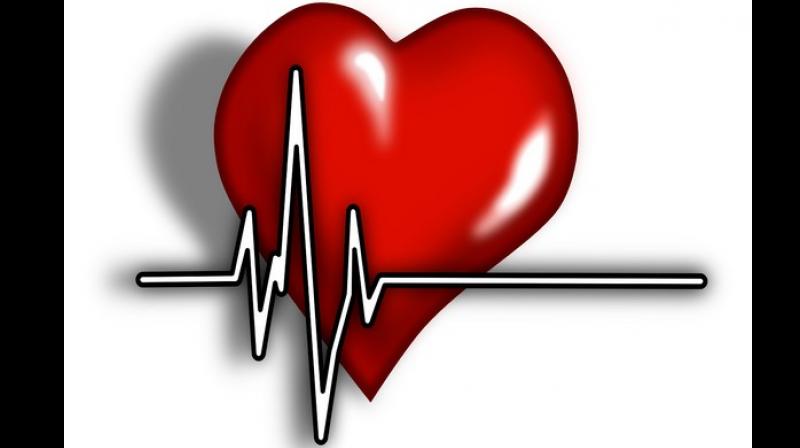 Damage to the heart from other heart diseases, such as uncontrolled high blood pressure, can increase the risk for AFib, but sometimes the root cause is unknown. (Photo: ANI)

Washington: From a number of other racial and ethnic groups, American Indians were found to have an irregular heartbeat or atrial fibrillation (AFib) more often. AFib affects approximately 2.7 million people in the United States, and it is a serious disorder that can increase the risk of stroke and other cardiovascular diseases.

The most common symptom is a fluttering heartbeat; however, some people may not show any symptoms at all. In the study published in the journal 'Circulation', researchers reviewed 300,000 new cases of AFib between January 1, 2005 and December 31, 2011, in California, and found that among American Indians, new AFib cases occurred 7.5 times per year per every thousand patients, on average.

On the other hand, the outcome was 6.9 times per year per thousand patients among other racial and ethnic groups. The higher frequency of AFib in American Indians persisted after controlling for other factors, such as age, sex, income and heart and other diseases.

To collect data, researchers examined records of 16 million California residents aged 18 years or older in the Healthcare Cost and Utilization Project. Data collected included state-wide information on hospital care, to identify new cases of AFib and to link them to patients' self-reported race and ethnicity. The average follow-up time was slightly more than four years.

The 300,000 patients included in the analysis were new cases of AFib treated in an emergency department, inpatient hospital or ambulatory surgery clinic. "We were surprised to find that American Indians experienced a higher risk of atrial fibrillation compared to every other racial and ethnic group," said principal researcher Gregory M. Marcus, M.D., M.A.S., endowed professor of atrial fibrillation research at University of California, San Francisco.

Damage to the heart from other heart diseases, such as uncontrolled high blood pressure, can increase the risk for AFib, but sometimes the root cause is unknown.