What can salad dressing tell us about cancer?

Liquid-liquid phase separation is seen often in nature and is the reason why oil and vinegar separate in salad dressing. 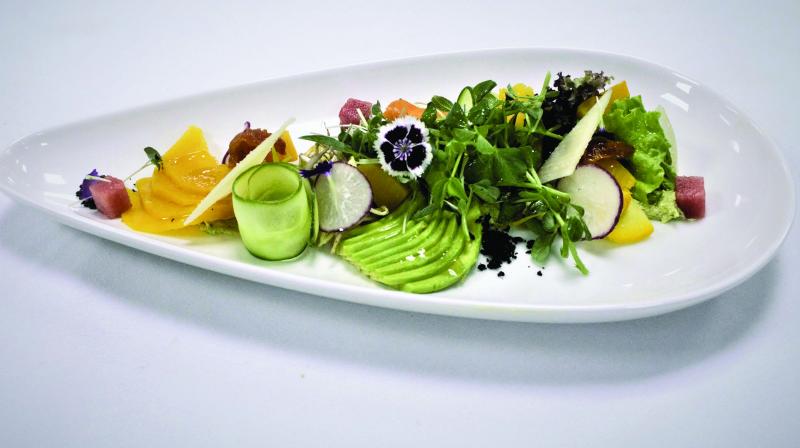 SPOP is the most frequently mutated gene in prostate cancer and is altered in other solid tumors.

Liquid-liquid phase separation is seen often in nature and is the reason why oil and vinegar separate in salad dressing.

SPOP is the most frequently mutated gene in prostate cancer and is altered in other solid tumors. The SPOP protein is part of the cell's protein-recycling machinery. SPOP binds unneeded or unwanted proteins so they can be chemically tagged for destruction. Mutations in SPOP were known to disrupt binding and lead to a buildup of cancer-promoting proteins in sensitive cells. St. Jude research suggests that is not the whole story.

A new study showed, for the first time, that tumor-suppressor function can be influenced by phase separation and that mutations in the tumor suppressor, in this case, SPOP, disrupt phase separation.

The research comes amid growing interest among cell biologists in liquid-liquid phase separation and its role in cellular function, aging, and disease, including cancer and neurodegenerative disorders.

Evidence suggested the process works by concentrating or sequestering molecules in borderless compartments. The compartments, called membraneless organelles, are found throughout the cell. While many such compartments have been known for decades, researchers have said that recent advances have expanded our understanding of their role in the cellular organisation and launched a new era in cell biology.

Researchers studied SPOP initially to better understand its role in the mechanism of protein degradation. SPOP can recognize and bind molecules with multiple binding sites rather than one, a quality known as multi-valency. Those molecules included cancer-promoting proteins like DAXX and androgen receptor, which researchers used in this study.

Researchers showed that when the proteins were expressed together in cells in a laboratory dish, DAXX could trigger liquid-liquid phase separation with SPOP. That caused SPOP and DAXX to move from their location in separate membraneless organelles in the nucleus and rendezvous to form their own border-less compartment.

Investigators also reported that enzymatic activity occurred inside the newly formed membraneless organelle. The activity was an indication SPOP was fulfilling its role as a tumor suppressor and tagging DAXX for destruction.

"The big question for the field has been what is going on inside these compartments," said co-first author Joel Otero. "This research showed the membraneless organelles are actually promoting a reaction by bringing together SPOP and its substrate, in this case, DAXX, so the reaction can take place."

Liquid-liquid phase separation did not occur when DAXX and mutant SPOP were expressed together in the laboratory. Instead of a shared membraneless organelle, mutant SPOP and DAXX remained isolated in separate compartments. Researchers also found fewer DAXX molecules were chemically tagged (ubiquitinated) for destruction. The results were similar when mutant and normal SPOP were expressed with the androgen receptor, another SPOP binding partner that is associated with cancer promotion.

The findings appeared in the Journal of Molecular Cell.