Walking for as little as 30 minutes most days of the week has a benefit, and higher physical activity is associated with even lower risks. 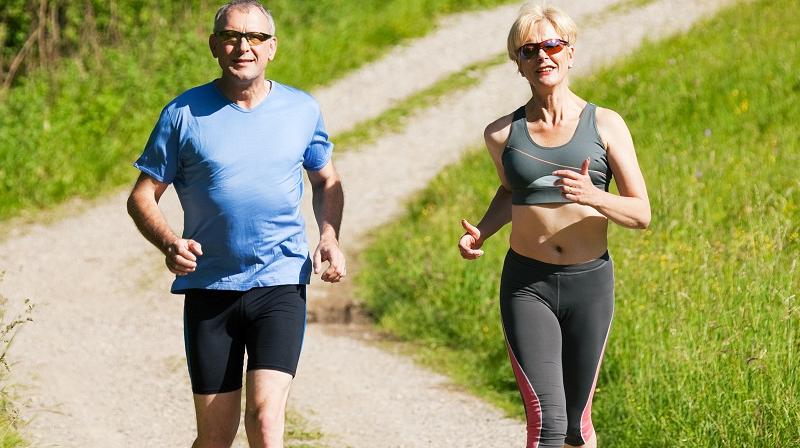 The World Health Organisation recommends that adults aged 18 to 64 do at least 150 minutes of moderate-intensity aerobic physical activity throughout each week (Photo: AFP)

London: People who exercise five days a week for 30 minutes significantly reduce their risk of dying early and of developing heart disease, even if a sports club or gym is not an option, according to a new international study.

Tracking 130,000 people in 17 countries, both rich and poor, the study found that whether it’s going to the gym, walking to work, or tackling household chores like laundry or gardening, being physically active extends life and reduces illness.

The researchers, led by Scott Lear, a heart specialist at St Paul’s Hospital in Canada, also found a so-called dose response: The more people exercise, the greater the reductions are in their risks of getting heart disease or dying early.

The study found “no ceiling effect”, the researchers said, and “no risks associated with extremely high levels of physical activity,” defined as more than 2,500 minutes, or more than 41 hours, per week.

Cardiovascular disease is the world’s leading cause of death and a major economic burden in treatment and care for those who develop it. It killed 9.48 million people globally in 2016.

“Walking for as little as 30 minutes most days of the week has a substantial benefit, and higher physical activity is associated with even lower risks,” Lear said in a comment about the findings, published on Friday in The Lancet medical journal.

He also noted that some measures to prevent or treat heart disease, such as taking medicines or eating more fruit and vegetables, can be unaffordable for the world’s poorest people. Yet walking is free and brings substantial health gains.

The World Health Organisation recommends that adults aged 18 to 64 do at least 150 minutes of moderate-intensity aerobic physical activity throughout each week, as well as muscle strengthening exercises at least two days a week.

But experts estimate almost a quarter of the world’s people do not reach these guideline levels.

Lear’s team said their study findings suggest that if the entire population were to meet the guidelines, one in 12 of the world’s premature deaths would be averted and 4.6 percent of heart disease cases prevented.