This is the first study to show that a pharmacological treatment can reduce acute and chronic kidney injury as a result of cardiac surgery. 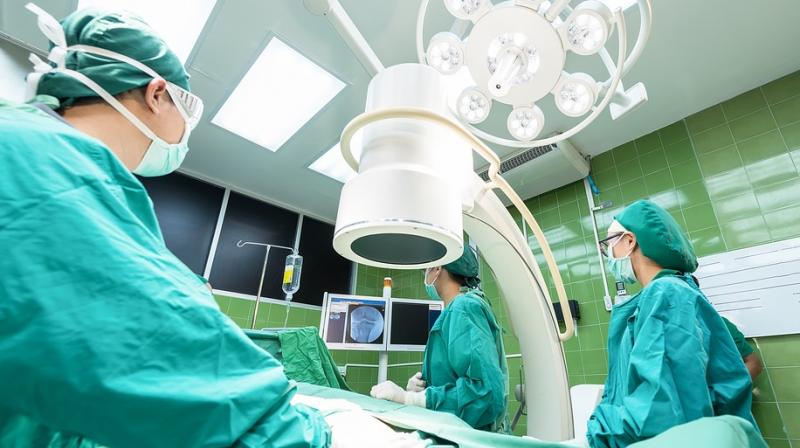 Washington: Nitric oxide inhaled during a surgery can now decrease the risk of acute and chronic kidney problems.

Researchers who have studied 244 adults in Xi'an, China, underwent surgery to replace more than one heart valve. Considering the duration of the procedure, the patients were required placing of a cardiopulmonary bypass (a heart-lung machine) for at least 90 minutes.

"Previous studies showed that prolonged cardiopulmonary bypass causes disruption of circulating red blood cells and the release of hemoglobin, which can cause acute kidney injury, leading to kidney failure and the need for long-term hemodialysis," said Scientist Lorenzo Berra.

"We tested whether administration of nitric oxide, a gas normally produced by cells in the lining of blood vessels, might render hemoglobin 'inert,' thereby decreasing the risk of both acute and chronic kidney injury," he added.

The risk of progressing to more serious kidney disease (Stage 3 Chronic Kidney Disease) was also reduced at 90 days, with a decrease from 33 percent in the placebo-treated patients to 21 percent in those who received nitric oxide.

According to the authors, several drugs were tested and shown to be ineffective at protecting the kidneys after cardiac surgery. This is the first study to show that a pharmacological treatment can reduce acute and chronic kidney injury as a result of cardiac surgery.

Researchers also noted that administration of nitric oxide gas appears to be safe and moreover, nitric oxide delivery need not be reduced or stopped in any of the patients who received the gas.

The study appears in American Journal of Respiratory and Critical Care Medicine Journal.