Close sibling bonds may protect against harm of family conflict

Researchers found that feelings of insecurity and other psychological problems stemming from exposure to family conflict were common. 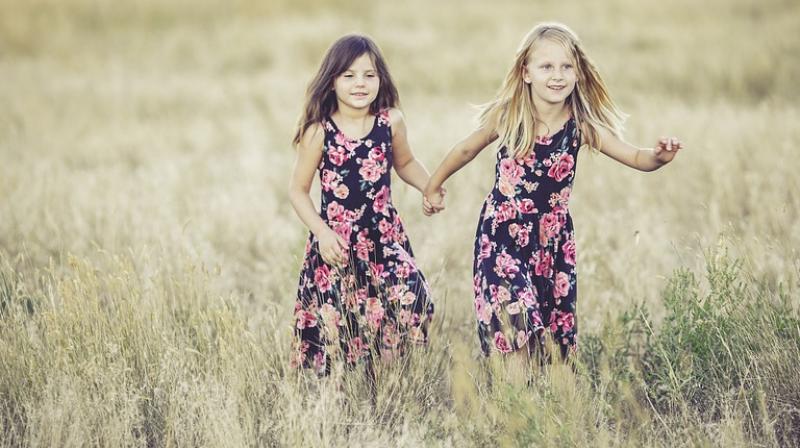 An only child probably has other sources of resilience and protective factors to offset the lack of a sibling. (Photo: Pixabay)

Researchers found that feelings of insecurity and other psychological problems stemming from regular exposure to family conflict were common in seventh-graders who had low-quality bonds with their siblings. With close sibling bonds, kids were less likely to experience these effects later in their teenage years.

“Close and warm sibling relationships can help offset the distress that many kids experience following repeated exposure to interparental conflict,” lead author Patrick T. Davies, a psychology researcher at the University of Rochester in New York, said in a phone interview.

“Their bond can help offset psychological problems by reducing their stress reaction to the conflict,” he said.

Davies noted that not all children exposed to high levels of parental conflict develop problems. Most kids develop along “normal trajectories,” he said.

That’s why more research is turning to examining the factors that give some kids the resilience to get through traumatic situations, the study team writes in Child Development.

Davies’ team collected data between 2007 and 2011 on 236 families of middle-school students in the Northeast and Midwest who had at least one sibling that wasn’t a twin. The families were middle class, three quarters of them identified as white, and most households included both biological parents, with a small percentage including a step-parent or guardian.

Researchers focused on the seventh-graders’ relationship with the sibling closest to them in age, and on average, these siblings were about three years younger or older. The seventh-graders’ average age at the first assessment was 12.5 years, and they were assessed again at ages 13 and 14 years

Conflict between parents and the nature of the relationships among siblings were gauged through laboratory visits and interviews with the parents and children. The seventh-graders’ emotional insecurity due to their parent’s volatile relationship was assessed through a specialized questionnaire, and other psychological and behavioral problems were reported by their teachers and mothers.

“The thing about siblings is they both witness the event together and can bond, commiserate and distract each other from the conflict,” said Jonathan Caspi, a family therapist and professor in the department of family science and human development at Montclair State University in New Jersey, who wasn’t involved in the study.

“Support in the moment can be critical,” Caspi said in a phone interview, adding that the study offers family therapists “a really clear and good direction on how to help children experiencing high conflict homes or parents divorcing. Building sibling relationships can be a better strategy than providing emotional support for siblings going through family crises.”

“We should be paying more attention to siblings when mom and dad are in conflict,” said Kiaundra Jackson, a licensed family and marriage therapist in Los Angeles, who wasn’t involved in the study. “Kids are very intuitive. They understand what’s going on and feel the negative energy when there are arguments.”

Jackson said in a phone interview that she hopes “the impact of the study will be that we pay more attention to sibling dynamics so no matter what the trauma they experience they will be able to rely on one another if things get difficult.”

Since the study findings were limited to certain cultural and socioeconomic groups, Davies noted, “We have to exercise caution in extending these findings to other populations and samples. It definitely needs to be replicated and tested for generalizability.”

He added that he doesn’t think an only child is necessarily more or less at risk of developing emotional problems from a home filled with conflict compared to a similar home with multiple siblings.

“An only child probably has other sources of resilience and protective factors to offset the lack of a sibling,” he said.