Drugs which have some kind of natural source, and are manufactured using biotechnology could also be candidates for use against asthma. 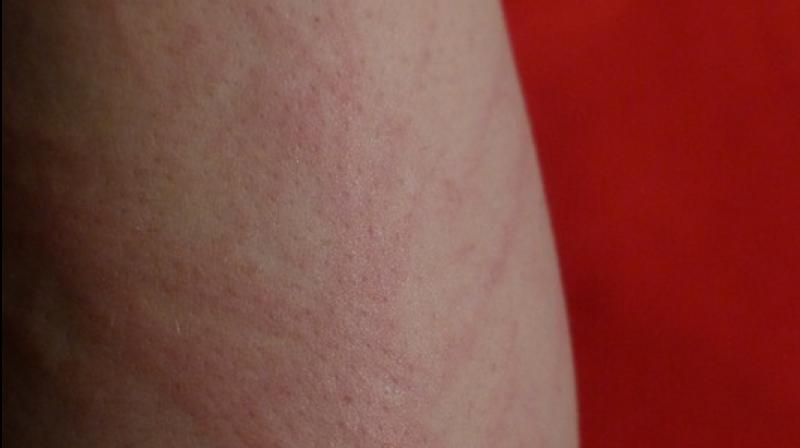 When 200-300 milligrams were given by injection every two weeks for a year, it cut potentially life-threatening asthma attacks in half. (Photo: Pixabay)

An injectable drug for the skin disorder eczema is also effective against severe asthma, a study released Monday (May 21) said, pointing to broader uses for a costly class of drugs known as biologics.

Dupilumab (Dupixent) was approved by the US Food and Drug Administration in 2017. The drug's maker, Regeneron Pharmaceuticals, set the price at US$37,000 per year.

Now, the anti-inflammatory has been tested in a randomized, controlled trial of more than 2,000 patients with moderate to severe asthma.

When 200-300 milligrams were given by injection every two weeks for a year, it cut potentially life-threatening asthma attacks almost in half when compared to a placebo.

It also improved patients' lung function, said the findings released at the 2018 American Thoracic Society Conference in San Diego, and published online in The New England Journal of Medicine.

For patients with high numbers of a specific type of white blood cell, called eosinophils, asthma attacks were cut by two-thirds.

"This drug not only reduced severe symptoms of asthma, it improved the ability to breathe," said co-author Mario Castro, a doctor and professor at the Washington University School of Medicine in Saint Louis.

"That's important because these patients have a chronic disabling disease that worsens over time with loss of lung function. So far, we do not have a drug for asthma that changes the course of the disease," he added.

Side effects included pain and swelling at the injection site.

Five patients who received dupilumab and three patients who were given a placebo died during the study, but researchers said those patients all had multiple severe medical conditions and the drug was not deemed to have caused their deaths.

IMPLICATIONS FOR WIDER USE
The study's results make it likely that dupilumab will be approved for use against severe asthma, said an accompanying editorial in the New England Journal of Medicine.

That means at least three other biologics - drugs which have some kind of natural source, whether from humans, animals or microorganisms, and are manufactured using biotechnology - could also be candidates for use against asthma.

They include mepolizumab, reslizumab, and benralizumab - all anti-inflammatory treatments approved by US regulators in the last few years.

"This new class of treatments is a clear advance in the treatment of asthma," wrote the journal editors Jeffrey Drazen and Michael Harrington.

But none offer a true cure for asthma, only a reduction in symptoms, and more research is needed, they warned.

"How will we decide which of these treatments should be used now? Without more data, these decisions are likely to be driven by the marketing arms of the various entities that produce these drugs."

The editors said they "envision... a cottage industry based on analysis and re-analysis of the current data," which would be "flawed".

Instead, they called for "pragmatic, head-to-head trials of these four new asthma-treatment biologics".

Otherwise, "we will end up prescribing the treatment with the most effective marketing. Our patients deserve better than that."