US infant mortality high even for full-term babies

Previous research has found babies more likely to die in the U.S. than in other developed nations. 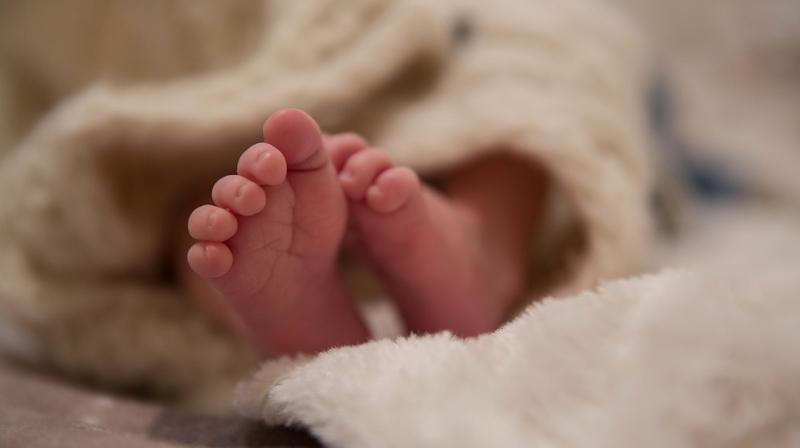 Infant mortality rates for full-term babies vary across the U.S., but all states are worse than many European countries, a new study suggests.

Previous research has found babies more likely to die in the U.S. than in other developed and affluent nations, but the current study offers fresh evidence that this is true even for infants born at the very end of pregnancy when they should have excellent survival odds.

Across the U.S., infant mortality rates for full-term babies were 50 percent to 200 percent higher than in Austria, Denmark, Finland, Norway, Sweden and Switzerland, the study found.

The two main reasons for the higher U.S. mortality were “congenital malformations, which patients cannot really do much about other than ensuring adequate screening during pregnancy, and high risk of sudden unexpected deaths in infancy, which should largely be preventable through appropriate sleeping arrangements,” said study co-author Neha Bairoliya of the Harvard Center for Population and Development Studies in Cambridge, Massachusetts.

Bairoliya and colleagues studied more than 10 million U.S. infants born between 2010 and 2012 at full-term, that is, between 37 and 42 weeks gestation.

Out of every 5,000 full-term births, 11 babies died before age 1, researchers report in PLoS Medicine.

Overall, more than 7,000 full-term babies die each year in the U.S., and researchers estimate that infant mortality could be reduced by about 4,000 deaths if all states achieved the mortality levels of the best-performing state for each cause of death.

Every state was worse than the six European countries in the analysis, which had an infant mortality rate of slightly over 6 deaths for every 5,000 full-term births.

Birth defects, or congenital malformations, accounted for 31 percent of U.S. infant deaths during the study. So-called perinatal complications, or medical problems babies developed shortly before or after birth, accounted for another 13 percent of fatalities.

The biggest cause was sudden unexpected death in infancy (SUID), which includes sleep-related fatalities and accounted for 43 percent of infant mortality cases.

“While we do not have data on actual sleeping arrangements from our study, other data sources suggest that a substantial number of babies continue to sleep on their tummy,” Bairoliya said by email. “We also found a shockingly large number of babies dying from suffocation, which suggests that parents either use covers that are not safe, or let children sleep in their own beds.”

Babies are safest sleeping on their backs in their own cribs without any pillows, toys, blankets or other loose bedding, according to the American Academy of Pediatrics. If babies do sleep in parents’ beds, parents should have a firm mattress, remove soft objects such as pillows, and move the bed away from the wall.

The study wasn’t a controlled experiment designed to prove whether or how infant sleep practices or other parenting behaviors in the U.S. might explain higher infant mortality rates here. Researchers also used death certificates, which don’t provide a complete picture of any medical conditions that might have contributed to babies’ deaths.

It’s also hard to say exactly why infant mortality rates are so much lower in Connecticut than in Mississippi, although researchers say this may be more due to mothers’ education and income levels rather than disparities in health care after birth.

Different approaches to parental leave and infant sleep in the U.S. and Europe may help explain why babies have better survival odds elsewhere, said Michael Gradisar, a psychology researcher at Flinders University in Adelaide, Australia, who wasn’t involved in the study.

“Once a baby is born in the U.S., the odds of that baby dying in its first year from poor sleeping arrangements (sleeping position, co-sleeping) is higher than the best European countries, especially in Scandinavia,” Gradisar said by email. “There are also clear links between paid parental leave, which is higher in Scandinavian countries, and lower infant mortality risk in the first year of life.”