Redfield, a professor at the University of Maryland School of Medicine in Baltimore succeeds Dr. Brenda Fitzgerald. 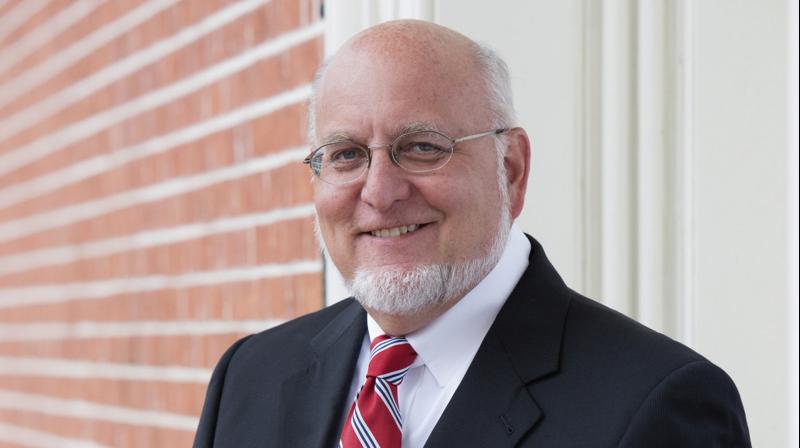 CHICAGO: Longtime AIDS researcher Dr. Robert Redfield will be the new director of the Centers for Disease Control and Prevention in Atlanta, the administration of U.S. President Donald Trump announced on Wednesday.

Redfield, 66, a professor at the University of Maryland School of Medicine in Baltimore and a co-founder of the Institute for Human Virology, succeeds Dr. Brenda Fitzgerald, a former commissioner of the Georgia Department of Public Health who resigned in January because of financial conflicts of interest. The position does not require Congressional approval.

In a statement announcing the appointment, Health and Human Services Secretary Alex Azar noted Redfield’s long career in promoting public health, and his significant achievements in early work linking the HIV virus to AIDS. He also touted Redfield’s more recent work running a treatment network for HIV and hepatitis C patients in Baltimore. “We are proud to welcome him as director of the world’s premier epidemiological agency,” he said.

Azar praised Redfield’s two-decade stint at Walter Reed Army Institute of Research, where he helped advance the understanding of HIV/AIDS and demonstrate how the virus is transmitted in heterosexuals. Redfield is the founding director of the Department of Retroviral Research within the U.S. Military’s HIV Research Program.

Dr. Robert Gallo, co-founder of the Institute of Human Virology with Redfield in 1996, said Redfield has “served his country well, and demonstrates strong public health instincts that are grounded in science and clinical medicine.”

Redfield’s appointment won praise from leading researchers and several U.S. lawmakers, including Democratic U.S. Representative Elijah Cummings. “Although I seldom agree with the Trump administration, I am in complete agreement that Dr. Bob Redfield is the best choice to lead the CDC,” Cummings said in a statement, noting Redfield’s public service, his scientific achievements and his work helping patients with HIV and hepatitis C.

Dr. Carlos del Rio, an infectious disease expert at Emory University School of Medicine in Atlanta, praised Redfield’s efforts in early HIV research, his more recent efforts working to address the opioid crisis and his expertise in addressing global health issues. “His work to save lives in Africa and Haiti gives him a deep understanding of CDC’s global health mission, and it will serve him well as he works to address health issues nationally as well as around the globe as director of the CDC,” del Rio said in a statement. Redfield takes over for acting CDC Director Dr. Anne Schuchat.