Here's how infections during pregnancy may affect your baby 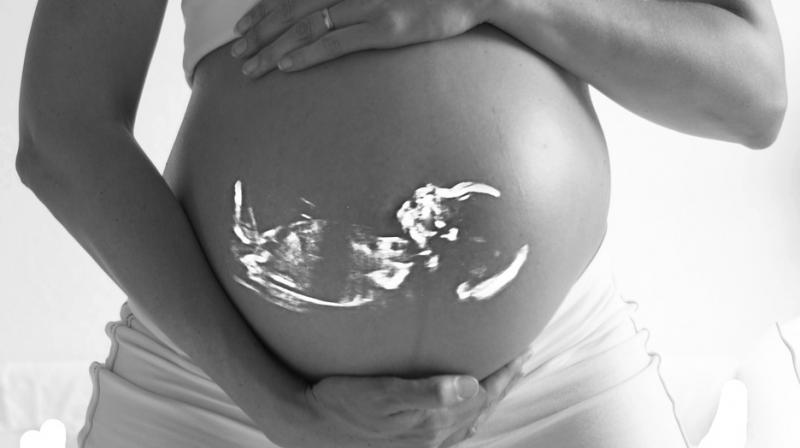 Washington D.C.: A team of researchers has shed some light on how infections during pregnancy may interfere with the genes linked to prenatal brain development.

If a mother picks up an infection during pregnancy, her immune system will kick into action to clear the infection, but this self-defence mechanism may also have a small influence how her child's brain develops in the womb, in ways that are similar to how the brain develops in autism spectrum disorders. Now, researchers have shown why this may be the case.

Maternal infections during pregnancy are a known risk factor for abnormal fetal development. Most strikingly, this has been seen during the recent emergence of Zika virus, which led to babies being born with an abnormally small head and brain (known as 'microcephaly'). In the case of Zika, the virus has its impact by directly attacking fetal brain tissue. However, for most other infections, such as influenza, the infectious agent typically has a more indirect impact on fetal development.

"It's important to underscore that the increase in risk is really small - too small to be meaningfully applied to specific individuals, and is only seen in very large studies when examining many thousands of people," said lead author Dr Michael Lombardo. "Nevertheless, the biological cascade triggered by this effect is not well understood, particularly in how it may be similar to known biology behind conditions like autism. This was the motivation behind why we did the study."

To understand how activating a mother's immune system may affect her child's brain development, Dr Lombardo and colleagues examined the activity of genes in the brain after injecting pregnant rats and mice with a substance called lipopolysaccharide. This substance contains no infectious agent and thus does not make the mothers sick, but will elicit a strong immune response in the mother, characterized by an increase in levels of cytokines. These are small immune signalling molecules that can have important effects on brain cells and the connections between these cells (known as 'synapses' in the fetus's brain.

The scientists found that maternal immune activation alters the activity of multiple genes and pathways in the fetus's brain. Importantly, many of these genes are known to be important in the development of autism and to key brain developmental processes that occur before birth. They believe that these effects may help to explain why maternal immune activation carries a small increased risk for later atypical neurodevelopment.

While the effects caused by maternal immune activation are transient, the researchers argue that they may be very potent during fetal development and may cause different characteristics in the individual depending on when it occurs during pregnancy. The work underscores the importance of the idea that genes and the environment interact and that their interaction may have important roles in better understanding how risk for neurodevelopmental disorders manifests.

The study is published in the journal Molecular Psychiatry.