Planning a late night? Stockpile sleep the night before

an extra two hours a night for a short period before going without could help millions cope with busy social lives. 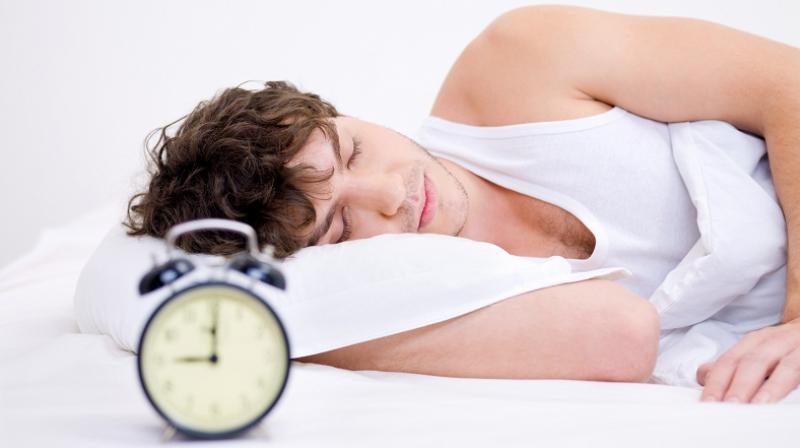 It had been thought the only way to get over sleep deprivation was to catch up afterwards (Photo: AFP)

London: You can now plan for a late night without worrying about the after-effects of too little rest! How? By 'stockpiling' sleep!

A recent study, at the University of Calgary, claims it's possible to ' stockpile' sleep in advance to help you cope. The study has been reported in the American Journal of Sports Medicine.

They reckon an extra two hours a night for a short period before going without could help millions cope with busy social lives or changes in shift patterns at work.

It had been thought the only way to get over sleep deprivation was to catch up afterwards. But the study by researchers at the University of Calgary in Canada suggests that getting extra sleep before a late night is just as good at improving physical performance, brain function and memory recall.

They recruited 12 healthy young men who normally slept well and kept them awake for 38 hours during which they had tests to measure brain function and memory, as well as physical strength.

The recruits did the experiment after getting their normal amount of sleep, then repeated it after going to bed two hours earlier for six nights before.

The results showed physical and mental performance was better when they 'banked' sleep in advance. But British sleep experts said the study was small and there is no scientific rationale behind the theory that stockpiling sleep actually works.

Professor Jim Horne, former head of the Sleep Research Centre at Loughborough University, said: 'You cannot bank sleep in advance. The best way to recover from a late night is to have a daytime nap of no more than 20 minutes.'

Independent sleep expert Dr Neil Stanley said the findings were too weak to claim accumulating sleep had any real benefit.