Yoga injuries are relatively rare, the incidence tends to rise with the age of the participant. 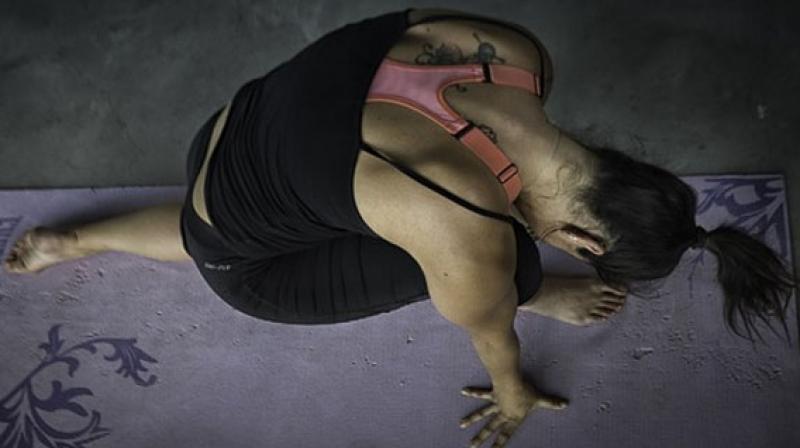 Talk to your physician before taking up yoga, be cautious, and recognise your personal limitations. (Representational Image)

Washington: The incidence of fracture and other yoga-related injuries in older participants is about three times higher than in the younger population, claims a
new study.

Researchers from University of Alabama at Birmingham in the US, studied data from the US National Electronic Injury Surveillance System compiled from 2001 and 2014.
They found the overall rate of yoga-related injuries climbed to 17 per 1,00,000 participants in 2014, up from 10 per 1,00,000 in 2001. The injury rate for older participants was higher.

"Yoga injuries are relatively rare, and as you might expect, the incidence tends to rise with the age of the participant," said Thomas Swain, researcher at University of
Alabama at Birmingham. "We did find that the injury rate is increasing over time, which may be a reflection of the increase in popularity of yoga, leading to an increase in inexperienced participants who do not take the necessary precautions to avoid injury."
said Swain.

"The incidence of fracture was highest in the older population, some three times higher than in the younger population," he said. "For all injuries, the actual risk might be higher than our numbers show, as we surveyed results only from those who sought medical attention in an emergency department," Swain added. As with any sport or physical activity, it is important to be sure you are physically capable of the undertaking, said
researchers.

"Talk to your physician before taking up yoga, be cautious, and recognise your personal limitations, particularly if you are over 65," Swain said. "Yoga is harder and more demanding than some people believe," said Gerald McGwin, from University of Alabama at Birmingham. "You need a realistic view of your own abilities, and you
need to understand that some poses might be too challenging and inappropriate. A qualified, certified yoga instructor can help you with that assessment and is essential to a safe experience," said McGwin. The study was published in the Orthopedic Journal of
Sports Medicine.