The diseases increase after the age of 70. 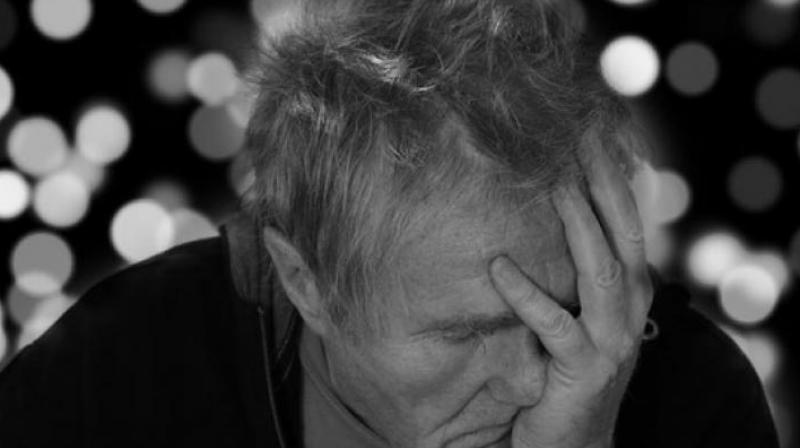 It is the most common form of neurodegenerative dementia which starts very slowly and steadily gets worse in a progressive manner. This memory-loss causing brain disease increases after the age of 70 and can be seen in almost 50% of persons over the age 80.

In Alzheimer, brain cells degenerate and eventually die causing the impairment of memory. "As of now, no medications and strategies have surfaced strongly which can cure the disease but researchers and neurosurgeons have come up with medications/treatment that may temporarily give relief from the acute symptoms or sometimes maximize the mental function for a little longer," says Dr Satish Chandra, Advisor to Credihealth.

Symptoms of this brain disease can be diagnosed at any stage of the disease. The nature of the signs and symptoms can be very complex sometimes for the patient or his family. To be able to start initial diagnosis of Alzheimer's disease, doctors first need to be confirmed about dementia. At first, the patient faces only the mild symptoms like confusion or forgetfulness, but slowly, the recent memories start to wash off. The acute symptoms of the disease typically develop quite slowly.

The types of behaviour change vary from person to person and symptoms commonly experienced are:

-Impairment of memory: A person is not able to grasp new information and keep forgetting events happened recently. One finds it difficult to remember the route travelled daily and keeps misplacing possessions.

-Worsened ability to speak, read and write: One starts trouble in communication. Difficulty in finding right words, stammering and spelling errors are common symptoms one should consider.

-Changes in personality behaviour: Alzheimer gradually takes one to depression. The person starts losing interest in the activities he once used to enjoy and starts withdrawing himself from social environment.

Alzheimer's progression can be divided into three stages:

-Preclinical: It is the stage when no particular signs or symptoms are noticed.

-Mild Cognitive Impairment: In this, symptoms may be worse than what might be expected of the age but not severe to be declared as dementia

There are various Alzheimer's disease causes, however, no permanent cure for this type of dementia for now but the treatment can manage the symptoms of the disease for as long as possible. Treatment/medications are decided after seeing all the diagnostic reports, Alzheimer's disease stages and the suitable need of the patient.

-Drugs: There are two types of drugs currently used for the treatment of cognitive symptoms:

-Cholinesterase Inhibitors: These are used to boost cell-to-cell communication levels by providing a neurotransmitter; acetylcholine which is absent in the brain due to the disease. Side effects of these are nausea, diarrhoea, sleep disturbances etc.

-Memantine: This slows down the progression of symptoms. It is sometimes used in the combination of the cholinesterase inhibitor. Its side effects are a headache, dizziness and constipation.

-Supportive Environment: Rather than focusing on lost abilities, family members should create a supportive environment around the patient and focus on his abilities that do remain. Also, some safety measures or steps must be taken to support the patient's sense of well-being.

-Alternative medicine: There are various herbal mixtures and supplements that may prevent or delay Alzheimer.

-Omega-3 fatty acid: it may help in delay of cognitive decline

-Curcumin: It is derived from turmeric and has anti-inflammatory properties which may be helpful for a chemical process in the brain.

-Vitamin E: Although it is not proven to cure or prevent the disease but it may delay the progression of the disease.