Learning to live with COPD

Here’s everything you need to know about Chronic obstructive pulmonary disease (COPD). 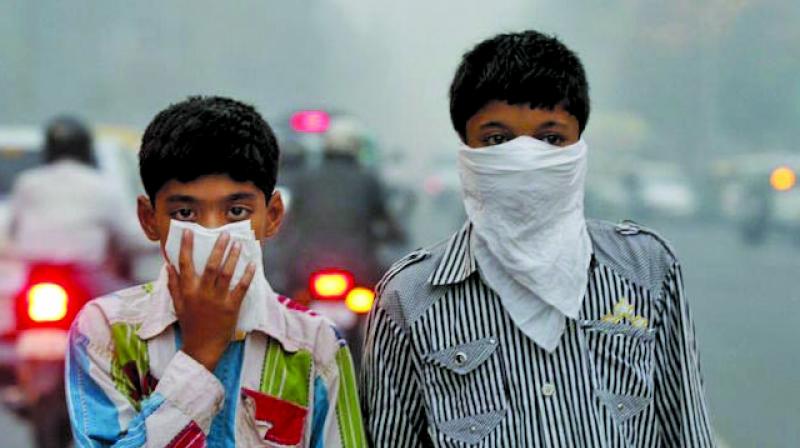 COPD is a group of lung conditions that lead to difficulty in breathing, cough, mucus (sputum) production and wheezing.

The rise in number of respiratory disorders is becoming a major cause of concern and is attributed to the ever-increasing pollution. In 2015, Chronic Obstructive Pulmonary Disease (COPD) recorded 3.2 million deaths worldwide, which is 8 times more than the deaths recorded in 1990.

COPD is a group of lung conditions that lead to difficulty in breathing, cough, mucus (sputum) production and wheezing. It’s caused by long-term exposure to irritating gases or particulate matter, most often from cigarette smoke. People with COPD are at increased risk of developing heart disease, lung cancer and a variety of other conditions.

Dr Sandeep Raj Bharma, consultant pulmonologist, explains that COPD leads to serious problems in those who are not in good health. A respiratory infection in these patients can cause 10 per cent decline in body functioning, which is dangerous.

What are the main causes of COPD?
COPD is caused due to tobacco smoking, exposure to toxic fumes, burning of fuel and also air pollution. The increasing incidence according to the recent report is due to rising vehicular pollution in cities, which is affecting children, senior citizens and also those who are immunocompromised. Irritants from cigar or cigarette smoke affect secondhand smokers, who are also found to be at risk. Dust and smoke at construction sites as well as the fumes from chemical factories are some of the reasons why workers develop this disease. COPD develops over the years and is mostly seen after 40 years of age. The genetic disorder of Alpha-1-antitryspin deficiency is seen only in some cases. The genetic disorder combined with one of the causes, like exposure to harmful chemicals, make people susceptible.

What precautions are to be taken by those suffering from COPD?
In most COPD patients, we have found that infection is caused due to infrequent hand washing, making it easier for the flu and cold germs to get passed. When in public areas, COPD patients are advised to not touch their face frequently as the germs get transmitted.

Are COPD patients in a delicate situation throughout the year?
With temperatures going low, the viruses are active from July onwards. Hence, people who are suffering from COPD must opt for vaccination every year. They must get vaccinated against influenza (flu) and pneumonia as it can get life-threatening for them.

Is it possible to self-monitor the disease?
Breathing patterns can be monitored by people using a peak flow meter regularly. This monitor gives an insight into the ability to exhale, which gives an insight into how well they are breathing. If the breathing gets worse, it is an early warning sign that the person is sick. But the problem is people do not take these signs and symptoms seriously. Late admissions require aggressive treatment modules, which take time for the patient to bounce back.

How can COPD patients manage their health in an effective manner?
For COPD patients, hospitals have a pulmonary rehabilitation programme that provides education, exercise training, nutrition advice and counselling. If the rehabilitation programme is followed properly, it strengthens the immune system and allows the body to fight diseases. In case of infections, it shortens the duration of hospitalisation as the immune system is strong.

In severe cases does a rehabilitation programme help?
Severe cases are managed by medication and therapy. But if these fail to work, there are options in surgery, which depends upon factors like age, comorbid conditions and the extent to which the lung is damaged.

Surgeries that can be done on COPD patients: