A small hike in cigarette price can make smokers quit 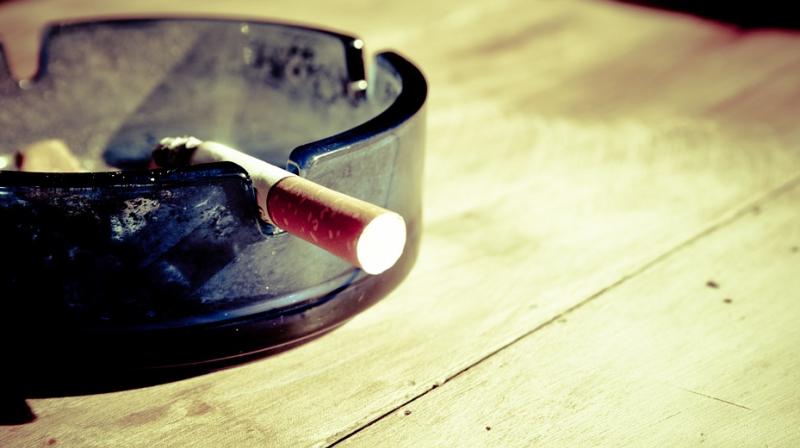 Study used 10 years of neighborhood-level price data to determine how it affected nearby smokers ( Photo: Pixabay)

Washington: Just one dollar increase in cigarette prices can help more smokers kick the butt, a study has found.

The study, published in the journal Epidemiology, used 10 years of neighborhood-level price data to determine how it affected nearby smokers, focusing on those who skewed older.

"Older adult smokers have been smoking for a long time and tend to have lower rates of smoking cessation compared to younger populations, suggesting deeply entrenched behaviour that is difficult to change," said Stephanie Mayne, former doctoral student at Drexel University in the US.

"Our finding that increases in cigarette prices were associated with quitting smoking in the older population suggests that cigarette taxes may be a particularly effective lever for behavior change," said Mayne.

Taking a look at the local relationship between smoking habits and cigarette prices is an understudied but important area to look at, according Amy Auchincloss, associate professor at Drexel University.

"Results on this topic primarily have come from population surveillance," Auchincloss said.

"But we had neighborhood tobacco price data and could link that to a cohort of individuals who were followed for about 10 years," she said.

Smoking cessation remains an important focus of public health efforts since it remains the largest preventable cause of death and disease in the world.

The study included smokers ranging in age from 44 to 84.

Data was taken from the study population between 2002 and 2012 as a part of the Multi-Ethnic Study of Artherosclerosis (MESA).

In addition to finding that current smokers were 20 per cent more likely to quit smoking when pack prices went up by a dollar, researchers showed that there was a three per cent overall reduction in smoking risk.

However, when the data was narrowed to heavy smokers (defined as smoking more than half a pack a day), there was a seven per cent reduction in risk.

When prices increased by a dollar, heavy smokers also showed a 35 per cent reduction in the average number of cigarettes they smoked per day, compared to 19 per cent less in the overall smoking population.

"Since heavy smokers smoke more cigarettes per day initially, they may feel the impact of a price increase to a greater degree and be more likely to cut back on the number of cigarettes they smoke on a daily basis," Mayne said.

While the data focused on a population older than 44, Mayne believes the price effect may be "similar or possibly stronger in a younger population."

Based on results from this study, raising cigarette prices appears to be a better strategy for encouraging smoking cessation across all ages, researchers said.