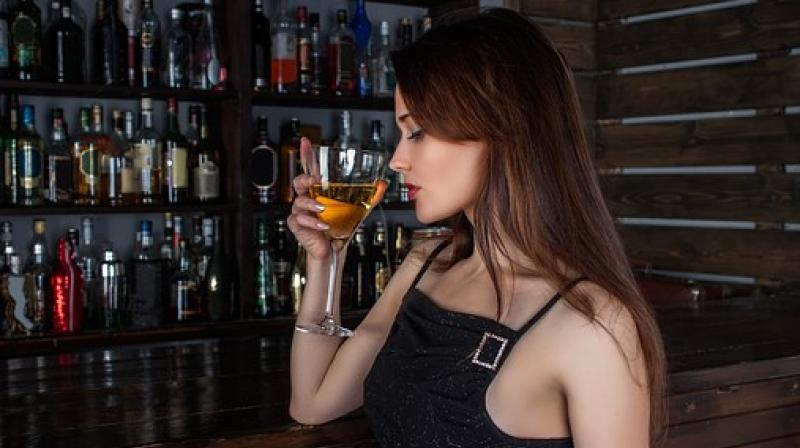 Drinking alcohol and smoking pot at the same time is more likely to increase the odds of unsafe sex for young women than for men, a small US study suggests.

“This is important because women could be especially vulnerable to the negative consequences of unprotected sex (e.g., unwanted pregnancy, STIs) when under the influence of alcohol and/or marijuana,” said lead study author Jumi Hayaki, a psychology researcher at the College of the Holy Cross in Worcester, Massachusetts.

“Our results seem to indicate that men’s sexual behavior, at least with respect to condomless vaginal sex with an opposite-sex partner, becomes disinhibited at a higher threshold than for women,” Hayaki said by email.

When women ages 18 to 25 drink and smoke pot on the same day, they’re more than three times more likely to have unprotected sex than on days when they don’t use either substance, the study found.

Just smoking pot was associated with an 89 percent higher risk of unsafe sex for women, while drinking alone was tied to more than double the risk.

Men this age didn’t appear much more likely to have unprotected sex when they used either alcohol or marijuana alone.

When men used both substances on the same day, however, they were 71 percent more likely to have unsafe sex than on days when they didn’t use either one.

Unprotected sex - intercourse without a condom - has long been linked independently to both drinking and drug use, the study team notes in the American Journal on Addictions. But the current results offer fresh evidence that combining these substances may be riskier for women than for men.

The researchers examined survey data from 290 young adults on alcohol use, marijuana use and condomless vaginal intercourse with an opposite-sex partner in the past 90 days.

They recruited participants who had previously used alcohol or marijuana by adverting on Facebook, Craigslist, radio stations, public transportation and in college newspapers. Researchers interviewed participants in person and offered compensation of $40 and free testing for sexually transmitted infections (STIs).

Adults who joined the study were 21 years old on average, and more than half were enrolled in school.

During that same period, they had unprotected sex on an average of 20 days.

One limitation of the study is that researchers lacked data to explain why people drank, smoked pot, or had unprotected sex. Researchers also didn’t know whether people were having unprotected sex in the context of committed relationships or with multiple partners during the three-month study period.

By focusing only on opposite-sex couples having vaginal intercourse, researchers also didn’t have a complete picture of how all young adults might behave after drinking or smoking pot.

These young adults may have also come of age during a period of limited sex education in schools, which might have made them more likely to engage in unprotected sex than some older adults, noted Christian Joyal, a psychology researcher at the University of Quebec at Trois-Rivieres in Canada who wasn’t involved in the study.