People of all shapes and sizes can take to curvy yoga, an all-inclusive and healthy way to practice yoga. 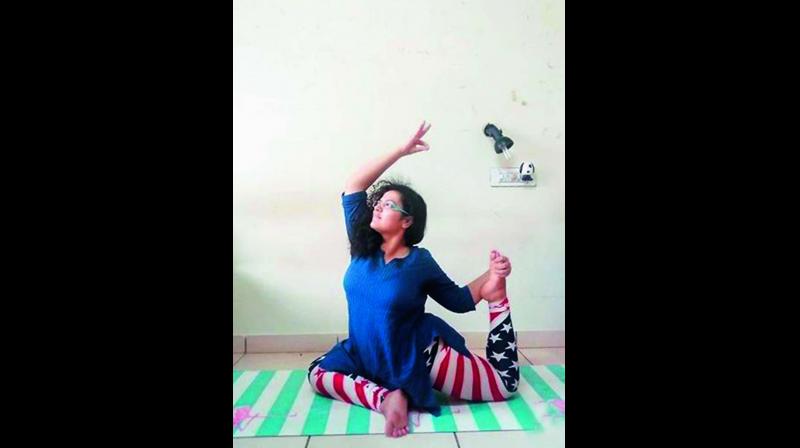 If you thought that yoga is all about perfectly toned bodies and balance, think again! More and more people are embracing the body that they have and taking to yoga practice.

Like 24-year-old Sakshi Gupta from Gurgaon, who has been practicing yoga for the last five years. Sakshi feels that size doesn’t matter when you are practicing yoga. “Yoga is related to the soul and not the shape and size of one’s body. One needs to fall in love with the body they have, nurture it and get rid of any sort of negativity regarding it. I am all for body positivity,” she says.

Echoing her sentiment is Nehal Sudhir Pandya from Mumbai, who started practicing yoga after lower back pain virtually crippled her. “I was on steroids and painkillers which led to weight gain. Then I went into depression as everyone kept saying I was overweight, so much so that I became suicidal because I was fat and couldn’t look at myself anymore,” says Nehal.

She adds, “After numerous consultations, I became acquainted with yoga through various YouTube channels. After practicing yoga for months, my pain is almost gone and I am more confident about my body. It doesn’t matter if you are overweight as long as you are healthy. You can’t change everyone’s mentality, but you can change your own. The world will seem like a better place once you see yourself as being perfect just the way you are!”

For Ayesha Noor, it is all about embracing your body type. According to the 23-year-old, everyone’s body might look different in each pose but that doesn’t mean it’s wrong. “Yoga isn’t about things looking right, it’s about feeling right,” says Ayesha, who’s been a vocal advocate of curvy and body positive yoga through her Instagram posts. “Body types don’t matter when one is practicing yoga. The only way an asana is wrong is if you are doing it in a way that can hurt your body,” she concludes.