Even as the world reels under the spread COVID-19, India seems to be still doing something right. The Govt has managed to take swift action 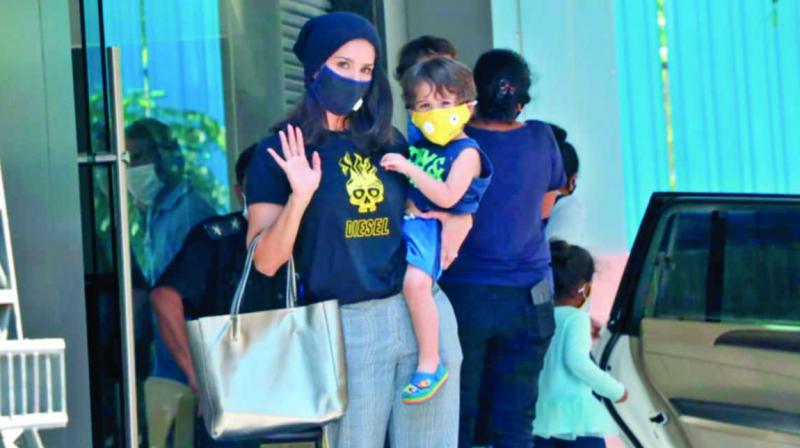 Actress Sunny Leone wearing a mask with her daughter

We are facing a catastrophic situation with the ongoing corona crisis. Global cases have surpassed the two-lakh figure. However, in India, the numbers still stand at 170 affected, with few deaths. In a country of over one billion, it is commendable that the Indian Government has managed to contain the virus through swift action and proactive measures. Right now, the country is in Phase Two of the deadly virus and every effort is being made to ensure that it does not evolve into a community outbreak. In fact, Indian Council of Medical Research (ICMR) director general, Balram Bhargava has said, “There have been no signs of a community transmission as yet.”

In fact, the WHO has praised the Indian Government’s commitment to combat the corona. Henk Bekedem, the WHO representative to India, complimented the country, saying, “I think the commitment of the Indian Government from the top level, the PM’s office has been enormous and very impressive. This is one of the reasons why India is doing very well. I am very impressed that everyone has been mobilised.”

Dr Sanah Merchant Soomar, a Mumbai-based pediatric cardiologist, opines, “Rather than test persons indiscriminately, the Government has chosen to test selectively. This cautious approach clearly protects the development of mass hysteria, too.”

Concurring with her, Dr Chytra Anand, Bangalore-based dermatologist and cosmetologist, believes that proactive measures such as mobile messages, news spreads across channels and shut down of malls and cinemas has worked in our favour.

“Having a Government policy in place at district levels on how to deal with COVID has helped too,” she adds.

However, there is a lot more awareness and many more stringent measures that need to be put in place for the pandemic not to spin out of control in India. Dr Usha Kapur, a Bangalore-based general physician and medical expert, says, “Free testing and immediate quick response is needed. More propaganda on social distancing and self-quarantining needs to be spread as people are treating this like a holiday and not being vigilant enough.”

Dr Sanah Merchant is of the view that given the dense population and sheer magnitude of a country like India, it is advisable for people to rigorously self-quarantine.

“One cannot expect the Government to rapidly track patients along with their contacts to control the rampant spread of the virus as has been done in Singapore, Taiwan and Hong Kong. It is important for Indians to meticulously isolate ourselves if we are sick or have recent travel history or exposure to an infected person. In this way, we will be protecting senior citizens and immuno compromised patients in our country," she says.