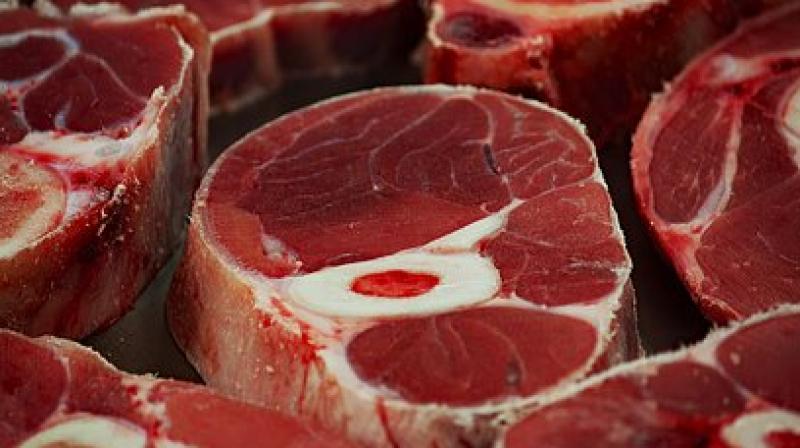 High consumption of red and processed meat may increase the risk of developing non-alcoholic fatty liver disease and insulin resistance, a study has found.

"Unhealthy Western lifestyle plays a major role in the development and progression of non-alcoholic fatty liver disease (NAFLD), namely, lack of physical activity and high consumption of fructose and saturated fat," said Shira Zelber-Sagi from the University of Haifa in Israel.

"Our study looked at other common foods in the Western diet, namely red and processed meats, to determine whether they increase the risk for NAFLD," said Zelber-Sagi, who led the study published in the Journal of Hepatology.

In order to test the association of type of meat and cooking method with NAFLD and insulin resistance, researchers undertook a study among individuals 40-70 years old who underwent screening colonoscopy.

After excluding some of the participants due to factors such as viral liver disease and alcohol abuse, nearly 800 subjects were included in the main analysis, of whom a sub-sample of 357 subjects completed the meat questionnaire.

NAFLD was diagnosed in 38.7 per cent of participants and insulin resistance in 30.5 per cent.

The results showed that high consumption of red and processed meat is independently associated with NAFLD and insulin resistance regardless of saturated fat and cholesterol intake and other risk factors such as BMI.

Individuals who consumed large quantities of meat cooked using unhealthy methods and those already diagnosed with NAFLD who consumed high heterocyclic amines (HCAs), which are pro-inflammatory compounds, had a higher chance of having insulin resistance.

These low carb diets can be very rich in animal protein, especially meat.

While meat contributes valuable nutrients that are beneficial to health, including protein, iron, zinc, and vitamin B12, the current study indicates that meat should be eaten in moderation and the type of meat and its preparation method should be wisely chosen.