For every lakh kids in Delhi, 32 affected by type 1 diabetes 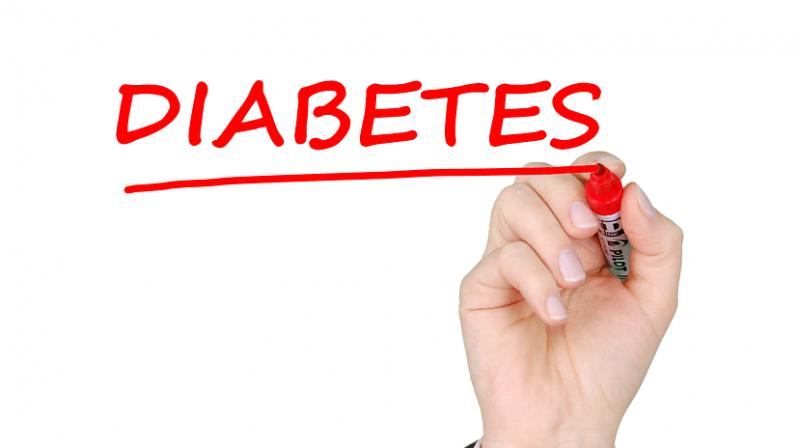 New Delhi: Around 97,000 children in India suffer from type 1 diabetes, with around 32 per lakh children affected in Delhi.

Doctors are keen on busting the common myths on Type 1 diabetes and spreading awareness on various ways of managing the disease. Modern therapies which include glucometers and insulin pumps help people manage the disease and live healthier and better lives.

India is host to over 97,000 type 1 diabetic children, an autoimmune disease in which the immune system destroys the insulin producing cells in the pancreas, leaving children painfully dependent on insulin injections for survival. Due to the exact cause of the disease being unknown to date, many myths surround the disease, which go unattended and affect the treatment of patients.

"Around 32 per lakh children are affected by type 1 diabetes in Delhi. The disease is highly prevalent in children, which is why it is called juvenile diabetes. The cause of the disease is unknown, but it is usually manifests when the immunity of a person turns against the body killing insulin producing cells in pancreas. We receive 10-20 patients per week. Life of a type 1 diabetic patient becomes traumatic and limited due to the need to regularly inject insulin for managing glucose levels in the body, and this specially becomes a stigma for children, who gradually come to grasp the reality of the disease," said Dr IPS Kochar Senior Consultant, Apollo & Fortis Hospital, Noida.

The diabetic children do not check their blood sugars and do not take insulin due to social stigma in school and when with friends. The children miss insulin doses during stay-over's with friends. They feel insecure and inadequate in comparison with peers due to having diabetes.

Adolescents have erratic eating habits. Children and their parents have reservations about taking part in sports. People see them as a burden to the community and think that these children will never able to lead a normal life. Persisting myths and ignorance about the disease hinder the treatment awareness around the disease. For instance, people are not aware of emerging ways of tracking and managing glucose levels, such as that by a Glucometer or insulin pumps, which help in better management of disease and lead to more active and better lifestyle.

Some of the myths or beliefs that change the understanding of the disease include the following.

- Type 1 diabetes can only happen to children: Despite being highly prevalent in children, the disease can develop in adults as well.

- People with Type 1 diabetes shouldn't have children: This is a serious issue in the country. Related myths include that future pregnancy of type 1 diabetic woman means the child will get the disease. Also, it is believed that the mother plays a larger role if the child gets type 1 diabetes. All these are misconceptions which people harbor. For expecting mothers suffering from the disease, it is important that glucose levels are managed well. Nowadays, insulin pump therapy has proven to be an effective way by which mothers can track the glucose levels and inject insulin without allowing much fluctuation in the sugar levels of the body.

- Type 1 diabetes is caused by high sugar intake: Type 1 diabetes happens to a person whose immune system turns against the body by killing the insulin creating pancreatic cells. Insulin helps the glucose to enter cells, giving the body energy, and without insulin, the glucose remains in the blood stream, resulting in high sugar levels.

- Having type 1 diabetes means saying good bye to active lifestyle: The administration of multiple injections daily was a limiting factor in people's lives, but with modern innovative therapies using glucometer enabled insulin pumps help type 1 diabetic children and adult alike in leading active lifestyle. Equipped with continuous glucose monitoring system, these devices help keep track of fluctuating glucose levels and alarm whenever the body requires insulin. The insulin can be delivered with the press of a button. One can go for certain degree of adventure sports, pursue hobbies and careers in certain sporting activities such as tennis, badminton, dancing, and so on. The therapy benefits children because they are not careful in keeping track of their meals and are at higher risk of episodes of hypoglycemia. At the same time, this benefits those working in various fields by monitoring their health while they are busy at their jobs.

- People with active and healthy lifestyle will never have type 1 diabetes: Till now, diet, activity level, and weight have not been found as a causative factor for the onset of type 1 diabetes, although having healthy and active lifestyle is always good for a person.

Kochar said that it is important that the myths are busted and awareness is spread pertaining to the management of the disease.

"Parents should avoid adopting a high demand approach of going overboard with strict management, which has a negative impact on the children. They should lead by example and have healthy eating habits and regular exercise," Kochar said.

"Children should be encouraged to have a normal life without excessive restrictions due to diabetes. Parents should do regular blood glucose monitoring and know about managing hypoglycemia. Today home monitoring systems such as Glucometer have become the most common method of tracking glucose levels. With these attached to insulin pumps, it has become even easier to administer insulin timely and as required," he concluded.