Health and behaviour issues can result from child abuse 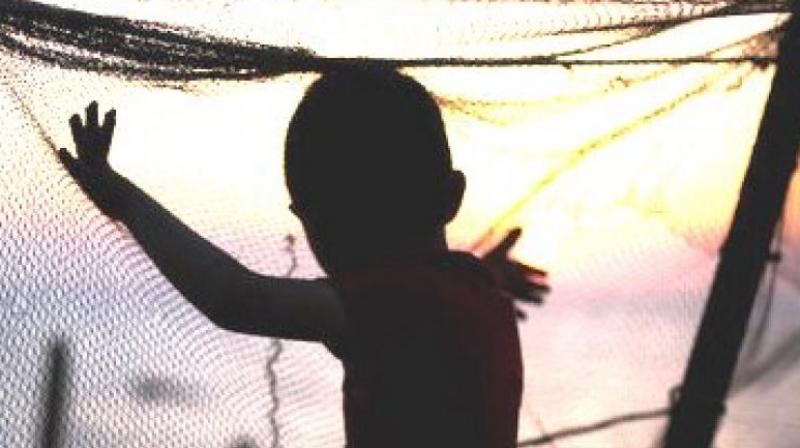 Boston: Children who have suffered from abuse or neglect may have physical or behavioral health problems even after the mistreatment stops, new guidelines for pediatricians emphasize.

The guidelines from the American Academy of Pediatrics build on previous advice for doctors to be on the lookout for signs of past maltreatment. Since the last guidelines came out in 2008, new evidence has documented the
connection between mistreatment early in childhood and subsequent health problems, and studies have provided fresh insight into the lasting effects of chronic stress.

“As a result, pediatricians who are treating a child for complex behavioral problems, especially when these problems seem difficult to treat, might do well to consider that the symptoms may have arisen due to prior abuse or neglect,” Sege said by email.

Although some children recover from adversity, traumatic experiences can result in significant disruption of normal development, researchers note in Pediatrics.

Children, like adults, can develop post-traumatic stress disorder (PTSD) that may be accompanied by depression, anxiety or disruptive or defiant behaviors, for example. Child abuse early in life is also a risk factor for attention deficit/hyperactivity disorder (ADHD).

When children have experienced neglect or abuse, they may respond to certain sights, sounds, smells or actions in ways that appear overly dramatic or inappropriately emotional, the guidelines note.

This may happen because when children are exposed to reminders of past maltreatment, their brain experiences a fight-or-flight response similar to what occurred during the initial abuse or trauma.

Kids may also have behavioral responses to teachers or caregivers that are shaped by past mistreatment. For example, stern warnings can become louder and brusquer and discipline can seem harsher.

Early brain development can also be impacted by what’s known as toxic stress, or chronic exposure to severe stress over a long period of time. This can also alter kids’ hormonal development and influence how soon they enter puberty.

Pediatricians can ask about exposure to stress, abuse or neglect as part of taking down a child’s medical history, the guidelines note. Doctors can also help parents and caregivers understand that children with a history of maltreatment may not feel psychologically safe and may need different types of support or discipline than other kids.

“The good news is that once in the safe care of non-maltreating adults, there are a set of parenting skills that can be learned that are very helpful in responding to child behavior that may be the result of traumatic response,” said Melissa Jonson-Reid, a researcher at Washington University in St. Louis who wasn’t involved in the guidelines.

“The other important take-home message is that children are not responding in ways meant to disrupt the family,” Jonson-Reid said by email. “Parents can help their own stress level by realizing that these are just adaptations to past events not a reflection of the current feelings or negative thoughts the child may have of them as parents.”

Parents and pediatricians should be alert to potential signs of abuse or mistreatment such as a lack of interest in usual activities, sleep disturbance or changes in appetite, said Dr. Charles Nemeroff, a researcher at the University of Miami in Florida who wasn’t involved in the guidelines.

“Isolation, drop in grades, and reluctance to take part in certain activities are all warning signs of possible abuse,” Nemeroff said by email.

“Parents need to be vigilant about the safety of their children and educate their children about appropriate and inappropriate behavior,” Nemeroff added. “Perpetrators often seek positions with access to children including coaching, gardening, repairmen, clergy, and often perpetrators are family members.”