Heavy drinking should be recognised as a major risk factor for all types of dementia. 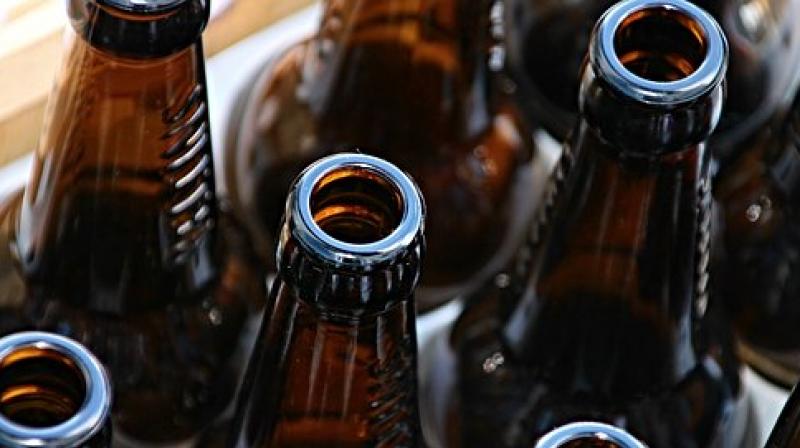 Alcohol use disorders are associated with a three-fold higher risk of all types of dementia. (Photo: Pixabay)

Chronic heavy drinking is a major risk factor for all types of dementia, especially early onset of the disease, according to a study published Wednesday (Feb 21) in The Lancet Public Health.

Researchers examining more than 57,000 cases of early-onset dementia in France found that well over half were either alcohol-related, or accompanied by an additional diagnosis of alcohol abuse.

Overall, alcohol use disorders were associated with a three-fold higher risk of all types of dementia.

Alzheimer's and other forms of dementia are said to be premature before the age of 65.

Previous research was inconclusive on the effect of alcohol on cognitive health.

Some studies have show a possible benefit of light-to-moderate drinking, while others have found that heavy drinking boosts the risk of dementia.

The World Health Organisation (WHO) defines "chronic heavy drinking" as more than 60g of pure alcohol - six or more standard drinks - a day for men, and in excess of 40g per day for women.

For the new study, researchers combed through medical records of more than one million adults in France diagnosed with dementia from 2008 to 2013.

The link with alcohol was statistically unmistakable, leading the authors to suggest screening, brief interventions for heavy drinking, and alcoholism treatment to help reduce cognitive decline.

"The link between dementia and alcohol use disorders ... is likely a result of alcohol leading to permanent structural and functional brain damage," said lead author Michael Schwarzinger, a scientist at the Translational Health Economics Network in Paris.

Alcohol use disorders are also associated with high blood pressure, diabetes, stroke, and heart failure, which may in turn increase the risk of vascular dementia, he said in a statement.

Previous research has likewise established a link between heavy drinking and smoking, depression, and low educational attainment - all risk factors for dementia.

The study, based on discharge records from all French hospitals over a six-year period, excluded patients with diseases linked to rare dementias, and people with early-life mental health disorders.

During the same period, there were 94,5512 people - more than 85 per cent of them alcohol dependent - diagnosed with alcohol use disorders.

"Our findings suggest that the burden of dementia attributable to alcohol use disorders is much larger than previously thought," Schwarzinger said.

"Heavy drinking should be recognised as a major risk factor for all types of dementia." Clive Ballard, professor at the University of Exeter Medical School in Britain, described the findings as "immensely important".

"We should move forward with clear public health messages about the relationship between both alcohol-use disorders and alcohol consumption, respectively, and dementia," he commented in the same journal.