Someone with a higher maximal exercise capacity is able to achieve a faster walking pace or climb more stairs before getting tired. 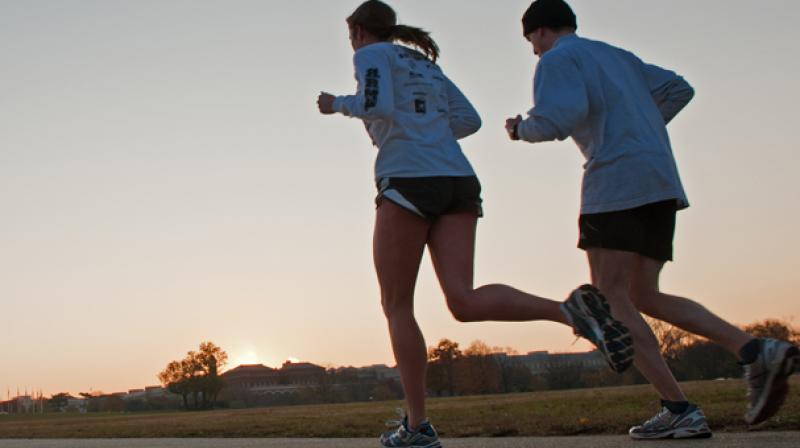 Maximal exercise capacity is our ability to do work (Photo: AFP)

Patients who started with low fitness levels but were able to improve to intermediate or high fitness levels reduced their risk of death during the study by roughly 40 percent, say the authors.

Exercise capacity is measured during an exercise stress test, which is typically performed on a treadmill or stationary bike. Someone with a higher maximal exercise capacity is able to achieve a faster walking pace or climb more stairs before getting tired, lead author Clinton Brawner wrote.

“Maximal exercise capacity is our ability to do work. It is dependent on the health of the heart, lungs, blood, and muscles,” said Brawner, who is a researcher at the Edith and Benson Ford Heart and Vascular Institute at the Henry Ford Hospital in Detroit.

“More importantly, higher exercise capacity means an individual is able to complete activities of daily living, like working around the house, more easily and with less fatigue than someone with a lower exercise capacity,” Brawner said.

While there is a wealth of data to support the relationship between fitness and outcomes, like premature death, there are only a few studies that have evaluated whether changes in fitness are related to outcomes and none included women, said Brawner.

To address that knowledge gap, Brawner and colleagues analyzed data from the Henry Ford Exercise Testing (FIT) project, which involved adults from Detroit, Michigan who underwent physician-ordered exercise stress tests on treadmills between 1991 and 2009.

As reported in the Mayo Clinic Proceedings, the study team looked at more than 10,000 patients who performed two exercise stress tests at least one year apart.

Having low fitness is an important risk factor for premature death and improving fitness is important to health, said Brawner.

“Improving fitness is within our control because our fitness is influenced by our level of physical activity,” he said.

To improve fitness, people need to increase their current level or amount of physical activity, which is best accomplished through regular exercises, such as a walking or running program, said Brawner.

“Aging, healthy aging, in general, is not a passive process, we have to be active about it, we have to make plans and decisions and follow through on that. We can see from this article that it makes a difference,” Dr. Jonathan Whiteson said.

Whiteson, an assistant professor of rehabilitation medicine and medicine at NYU Langone Medical Center in New York City, wasn’t involved in the study.

Whiteson said that it's very important that people with pre-existing health conditions such as diabetes, high blood pressure, high cholesterol, or obesity be evaluated by their physician before they get involved in any intense aerobic exercise program.

“(You’ve) got to make sure you're safe for exercise, number one. Anyone with other complex health issues should be checked out and make sure they're safe for exercise. That being said and for those people who are perhaps younger, who don't have those risk factors, again, it's a matter of getting up and doing something,” he said.

Whiteson said people should push themselves to the intensity where they’re feeling fatigued and tired. “The more you do, the less fatigued and tired you're going to get. That's training; you're becoming fitter," he said.

Nobody gets up in the morning and runs a marathon. They have to start running the first mile, the first five miles, said Whiteson.

"When you to do five miles the first time, boy you're going to feel it. But once you've done it six or seven times it gets a little easier, that's the training process," he said.