Hypertension common among those who work long hours 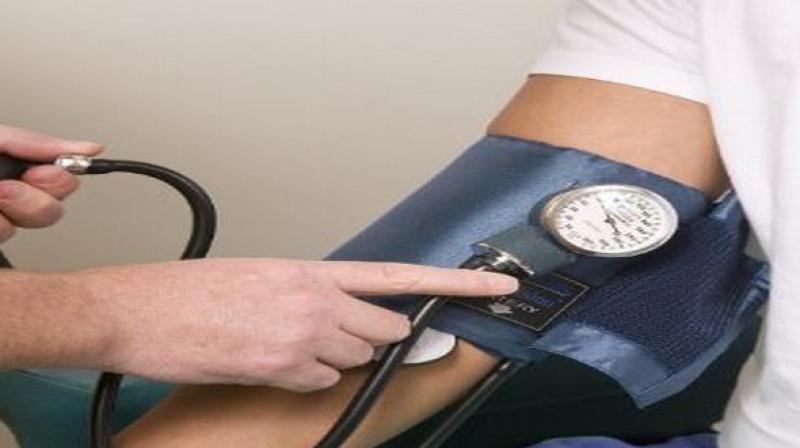 Job stress can even lead to a more sinister and hidden type of hypertension that can go unnoticed during a regular medical checkup but may shoot up when measured in a different surrounding or situation. (Photo: Representational/Pixabay)

Additionally, job stress can even lead to a more sinister and hidden type of hypertension that can go unnoticed during a regular medical checkup but may shoot up when measured in a different surrounding or situation.

Funded by the Canadian Institutes of Health Research, this study was carried out by a group of Canadian medical researchers who closely analysed 3500 white-collar workers from three different public institutions in Quebec, over a span of five years. For comparison, a control group of employees was chosen who spent less than 35 hours in the office each week.

Those who worked between 41 to 48 hours in a week were 54 per cent and 42 per cent more susceptible to masked and sustained hypertension respectively.

The results of this experiment were adjusted for variables such as age, sex, job stress, education level, smoking status, occupation, BMI and other health factors.

"Both masked and sustained high blood pressure are linked to higher cardiovascular disease risk," said the primary author Xavier Trudel, Ph.D who is an assistant professor in the social and preventive medicine department at Laval University in Quebec, Canada.

In terms of its methodology, the five-year study involved three waves of testing - in years one, three and five. To simulate in-clinic blood pressure readings, a trained assistant provided participants with a wearable monitor to check each participant's resting blood pressure three times in one morning. For the rest of the workday, the participant wore the blood pressure monitoring device, which took readings every 15 minutes - collecting a minimum of 20 additional measures for one day.

In totality, 19 per cent of the worked up employees under the purview of this research had high blood pressure, including the ones who were already on medications for hypertension. Talking about masked hypertension, above 13 per cent of the subjects suffered from this condition while not being on any treatment.

Trudel cautioned that "people should be aware that long working hours might affect their heart health, and if they're working long hours, they should ask their doctors about checking their blood pressure over time with a wearable monitor,".

"Masked hypertension can affect someone for a long period of time and is associated, in the long term, with an increased risk of developing cardiovascular disease".