Hard-boiled eggs cause food poisoning outbreak in US 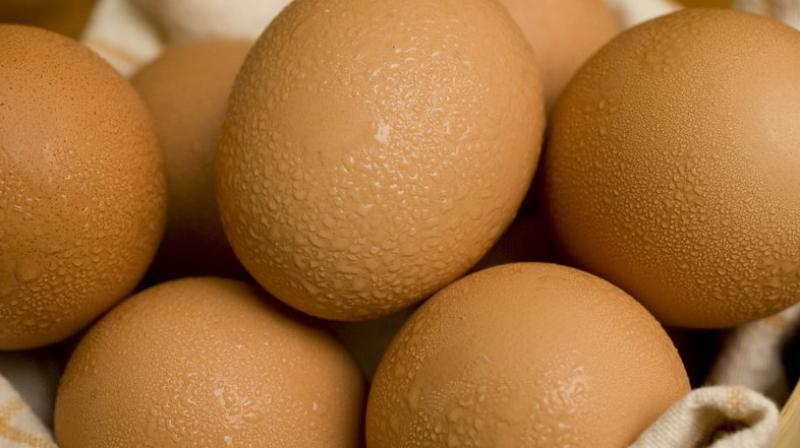 The eggs were sold to retailers and food service operators in plastic pails and could be used in products like salads. (Photo: AP)

New York: Pregnant women, people over the age of 65 and people with weakened immune systems should throw away store-bought hard-boiled eggs because of a food poisoning outbreak linked to a Georgia company, health officials said Thursday.

They said the same goes for products like egg salad that contain hard-boiled eggs. Seven people in five states have been reported ill so far, including someone who died in Texas, officials said.

The US Centers for Disease Control and Prevention said peeled, hard-boiled eggs sold in bulk by Almark Foods are the outbreak’s likely source. The eggs were sold to retailers and food service operators in plastic pails and could be used in products like salads. The CDC said retailers and food service operators should wash and sanitize any surfaces that may have come in contact with the eggs or packaging, since listeria can spread easily.

The warning does not apply to Almark’s hard-boiled eggs sold directly to consumers. Nor does it apply to eggs hard-boiled at home or in restaurants and stores.

The CDC also said people at higher risk for listeria should confirm whether a store or restaurant is using Almark’s eggs before buying or ordering products with hard-boiled eggs. If the store or restaurant does not know, officials say not to buy the product.

A person who answered the phone at Almark Foods in Gainesville, Georgia, said the company did not have any comment. The company has four manufacturing facilities and delivers nationwide, according to its website.

In a letter to the FDA in August, Almark said it had taken corrective actions after two swabs taken by the agency in February at its facility tested positive for listeria.