Exposure to dogs in childhood can reduce risk of schizophrenia 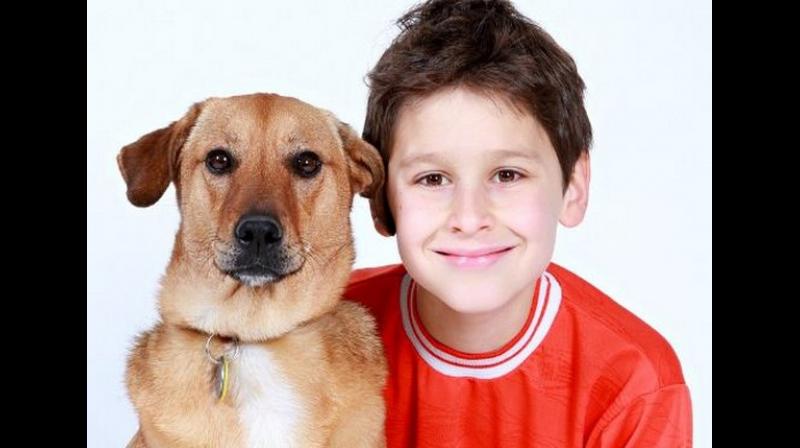 The largest apparent protective effect was found for children who had a household pet dog at birth or were first exposed after birth but before age 3. (Photo: ANI)

Washington: Having a pet pooch has numerous positives and a recent study has found one more. Exposure to dogs since an early age is linked to a reduced risk of developing schizophrenia later in life, according to the US-based research.

The study from Johns Hopkins Medicine was published in the journal PLOS ONE.

Robert Yolken, MD from John Hopkins Children Centre and the primary author of the research, said, "Serious psychiatric disorders have been associated with alterations in the immune system linked to environmental exposures in early life, and since household pets are often among the first things with which children have close contact, it was logical for us to explore the possibilities of a connection between the two."

Yolken and his fellow researchers from Sheppard Pratt Health System in Baltimore studied the implications of contact with dogs and cats during the first 12 years since a person's birth and its impact upon the chances of developing bipolar and schizophrenia later in life.

A clear reduction in the risks of schizophrenia was observed in the case of people who had pet dogs as young children, while there was no statistically significant link between dogs and bipolar.

It is still not clearly established whether being raised up with cats either reduces or increases the risk of developing both these metal conditions and this study reflected the same trend.

Going by the pre-existing body of knowledge, a cat or a dog can modify the human immune system through allergic reactions, microbe exposure and even the positive effect of pets on human neurochemistry.

In their study, Yolken and his colleagues took a total of 1371 people from Baltimore, USA between the ages 18 and 65, out of which 396 suffered from schizophrenia, 381 with bipolar and 594 mentally fit controls who were screened for any psychiatric condition.

In the next step, the participants were asked whether they owned cats or dogs before the age of 12.

The findings revealed, that the ones who were exposed to dogs before the age of 13 had a 24 percent less risk of being diagnosed with schizophrenia in adulthood.

"The largest apparent protective effect was found for children who had a household pet dog at birth or were first exposed after birth but before age 3," Yolken explained.

Yolken said that canines bring their young owners into contact with a plethora of microorganisms and the resulting immune-boosting effects seem to work towards preventing schizophrenia in genetically predisposed individuals.