CT scan radiation can make you susceptible to cancer 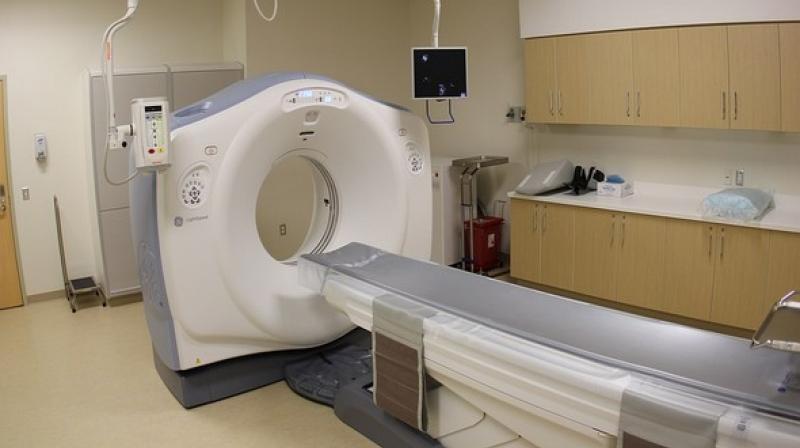 In patients between 36 and 45 years of age, there was a three-fold increased risk of non-Hodgkin lymphoma associated with CT scans. (Photo: ANI)

Washington: Individuals exposed to the radiation emanating from a CT scan are at an elevated risk of developing thyroid cancer and leukemia, a new study says.

Moreover, researchers concluded that patients receiving CT scans had in general marked increases in the risk of developing thyroid cancer and leukemia, especially in female patients and patients younger than 45.

"Our study found that CT scans are associated with an increased risk of thyroid cancer and leukemia in adults in all ages and with non-Hodgkin lymphoma in young adults," said Yu-Hsuan Joni Shao, one of the paper's authors.

The study conducted from a National Health Insurance dataset in Taiwan between 2000 and 2013 has highlighted.

Researchers consulted data from the National Health Insurance program to study demographic and medical information on disease diagnoses, procedures, and drug prescriptions, and the enrollment profiles of all patients.

Results showed that patients who developed thyroid cancer and leukemia had a significantly higher likelihood of having received CT scans.

In studies that combined patients across age groups, exposure to medical CT scans was not associated with increased risk for non-Hodgkin lymphoma.

However, in patients between 36 and 45 years of age, there was a three-fold increased risk of non-Hodgkin lymphoma associated with CT scans.

In older patients, the association between exposures to CT scans and non-Hodgkin lymphoma was not evident.

"The risk is stronger in patients who have higher cumulative doses from multiple scans. The increased numbers of people undergoing CT scans have become a public health issue," Shao explained.