The rate of reunions has trickled significantly in recent years as elderly survivors have passed away. 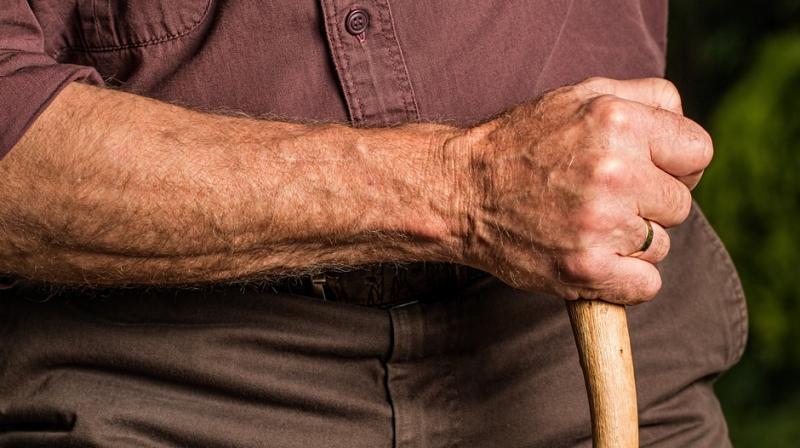 Kfar Saba: Eliahu Pietruszka shuffled his 102-year-old body through the lobby of his retirement home toward a stranger he had never met and collapsed into him in a teary embrace. Then he kissed both
cheeks of his visitor and in a frail, squeaky voice began blurting out greetings in Russian, a language he hadn't spoken in decades.

Only days earlier, the Holocaust survivor who fled Poland at the beginning of World War II and thought his entire family had perished learned that a younger brother had also survived, and his brother's son, 66-year-old Alexandre, was flying in from a remote part of Russia to see him.

The emotional meeting was made possible by Israel's Yad Vashem Holocaust memorial's comprehensive online database of Holocaust victims. "It makes me so happy that at least one remnant remains from my brother, and that is his son," said Pietruszka, tears welling in his eyes. "After so many years I have been granted the privilege to meet him."

Pietruszka was 24 when he fled Warsaw in 1939 as World War II erupted, heading to the Soviet Union and leaving behind his parents and twin brothers Volf and Zelig, who were nine years younger. His parents and Zelig were deported from the Warsaw Ghetto and killed in a Nazi death camp, but Volf also managed to escape. The brothers briefly corresponded before Volf was sent by the Russians to a Siberian work camp, where Pietruszka assumed he had died.

"In my heart, I thought he was no longer alive," Pietruszka said. He married in Russia and, thinking he had no family left, migrated to Israel in 1949 to start a new one. Then two weeks ago, his grandson, Shakhar Smorodinsky, received an email from a cousin in Canada who was working on her family tree. She said she had uncovered a Yad Vashem page of testimony filled out in 2005 by Volf Pietruszka for his older brother Eliahu, who he thought had died.

Volf, it turned out, had survived and settled in Magnitogorsk, an industrial city in the Ural Mountains. Smorodinsky tracked down an address and reached out to discover that Volf, who had spent his life as a construction worker, had died in 2011 but that Alexandre, his only child, still lived there. After Smorodinsky arranged a brief Skype chat, Alexandre decided to come see the uncle he never knew he had.

Smorodinsky, a 47-year-old professor from Ben-Gurion University in southern Israel, invited The Associated Press to record Thursday evening's reunion at his grandfather's retirement home in central Israel. Upon meeting, the two men clutched each other tightly and chatted in Russian as they examined each other's similar facial features.

"You are a copy of your father," said a shaking Pietruszka, who has a hearing aid and gets around in a rolling walker. "I haven't slept in two nights waiting for you."

Throughout the meeting, Alexandre swallowed hard to hold back years, repeatedly shaking his head in disbelief. "It's a miracle. I never thought this would happen," Alexandre, himself a retired construction worker, kept saying.

It did, thanks to the Yad Vasham database of pages of testimony, whose goal is to gather and commemorate the names of all of the estimated 6 million Jewish victims of the Nazi genocide. The Names
Recovery Project has been Yad Vashem's flagship mission in recent years. The memorials very name "Yad Vashem" -- is Hebrew for "a memorial and a name" -- alludes to its central mission of commemorating the dead as individuals, rather than mere numbers like the Nazis did.

It hasn't been an easy task. The project began in 1954, but over the following half century, fewer than 3 million names were collected, mostly because the project was not widely known and many survivors refrained from reopening wounds, or clung to hopes that their relatives might still be alive.

The names collected are commemorated in the museum's Hall of Names, a cone-shaped room whose walls are lined with bookshelves containing folders upon folders of testimonies. Still, until 2004, more than half of the allotted folders remained empty.

That year, the database went online and provided immediate easy access to information in English, Hebrew, Russian, Spanish and German. Thanks to a high-profile campaign, and the efforts of Yad Vashem officials who have gone door-to-door to interview elderly survivors, the number has surged to 4.7 million names.

Another rewarding byproduct has been that of tech-savvy grandchildren using it to research their families, leading to emotional reunions between various degrees of relatives from around the world. The rate of reunions has trickled significantly in recent years as elderly survivors have passed away, making each one increasingly significant, said Alexander Avram, the director of the database.

"It is not too late to fill out pages of testimony. We need to document each and every victim of the Holocaust," he said. "But such a reunion is a very special moment because we are not going to see a lot more of them in the future." Debbie Berman, a Yad Vashem official at the reunion, said it was incredibly moving to be there for "the end of an era."

"This is one of the last opportunities that we will have to witness something like this. I feel like we are kind of touching a piece of history," she said.

For Pietruszka, a retired microbiologist and great- grandfather of 10, it was a fulfilling coda to a long, eventful life. "I am overjoyed," he said. "This shows it is never too late. People can always find what they are looking for if they try hard enough. I succeeded."