The new research shows how isolation can come from managing an invisible condition. 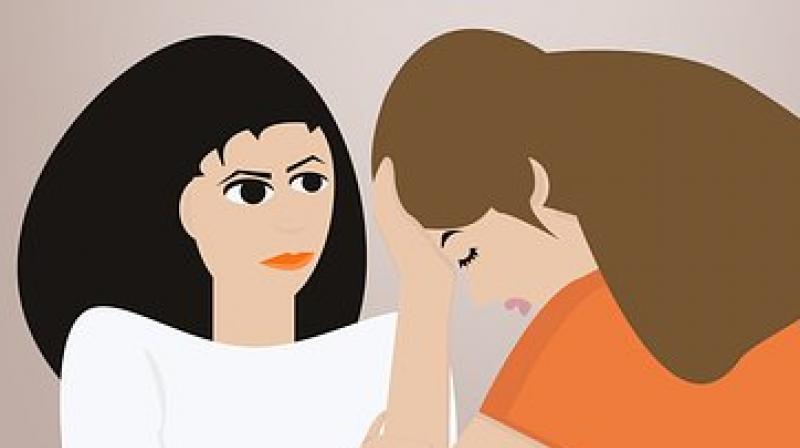 The new research shows how isolation can come from managing an invisible condition. (Photo: Pixabay)

Diabetes can strike anyone, from any walk of life. It is a disease in which the body's ability to produce or respond to the hormone insulin is impaired, resulting in abnormal metabolism of carbohydrates and elevated levels of glucose in the blood.

There are two types of diabetes - Type 1 and Type 2.

The more severe form of diabetes is type 1, or insulin-dependent diabetes. It is sometimes called "juvenile" diabetes, because type 1 diabetes usually develops in children and teenagers; though it can develop at any age.

Meanwhile, the most common form of diabetes is called type 2, or non-insulin dependent diabetes.

This is also called "adult onset" diabetes, since it typically develops after the age of 35. However, a growing number of younger people are now developing type 2 diabetes.

In India, there are 70 million adults with diabetes, which affects 422 million people worldwide.

One in every four (25.3 percent) people, under 25 with diabetes in India, has adult-onset type-2 diabetes, which, by definition, should strike only older adults with a family history of diabetes, obesity.

But now a research suggests that diabetes is not just something that affects people physically.

A new report has highlighted the need for people with diabetes to be provided with better mental health support, according to Metro.co.uk

A survey, conducted by Diabetes UK, suggests that three out of five diabetics suffer from emotional and mental health difficulties, directly linked to their illness.

64 percent out of the 8,500 people of different ages, ethnicities and backgrounds surveyed say they often or sometimes feel low because of their diabetes.

Moreover, 33 percent said diabetes got in the way of them or a family member doing things they wanted to do, while 30 percent said they definitely felt in control of their diabetes.

The study also showed that 19 percent of participants had used support or counselling from a trained professional to help them, while 32 percent had relied on self-help materials including books, videos and resources found online.

Chris Askew, chief executive of Diabetes UK, believes that the new research shows how isolation can come from managing an invisible condition.

Adding, "We want to see a system where specialist support - from people who understand diabetes - is made available to those who need it. But in order to achieve that, we need to see sustained funding of GBP 44 million for the diabetes transformation programme, which sets out to improve the treatment and care for people with diabetes. Investing now will not only allow us to reap substantial financial and social benefits in the future but more importantly, it will help people to live well with diabetes today."