One of the most significant concerns around this rising diabetes epidemic is the rise in incidence of this condition in children. 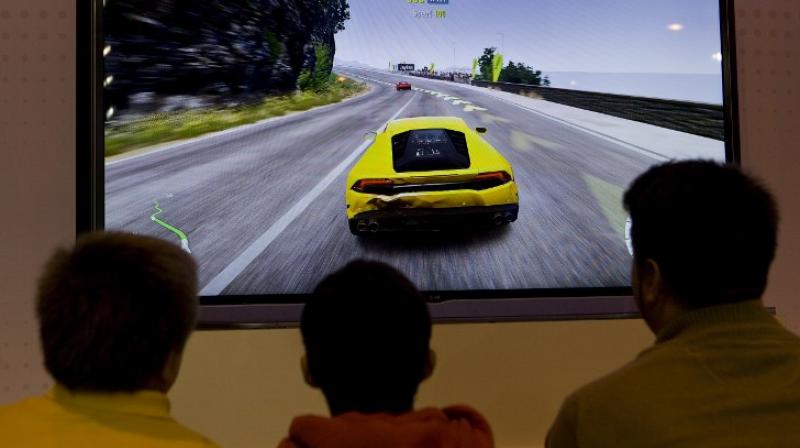 It is a common sight today to see small children glued to a video game (Photo: AFP)

New Delhi: Is your child always glued to his play-station or is always found playing video games on the smart-phone? Has he taken to staying indoors all day foregoing his daily evening outdoor playing session with friends? If yes, you must be more concerned than you are!

Doctors at Columbia Asia Hospital, Ahmedabad say that the increasing prevalence of the video game culture among children is putting them at increased risk of early type 2 diabetes.

"As across the world, incidence of diabetes is rising by alarming proportions in India. Diabetes today is one of the most widespread health disorders in India. According to International Diabetes Federation, there were 69.1 million cases of diabetes in India in 2015with 1,027,911 annual deaths due to the condition. The prevalence of diabetes in adults (20-79 years of age) is as high as 8.7 percent. One of the most significant concerns around this rising diabetes epidemic is the rise in incidence of this condition in children," said Dr Amruta Thakkar, Consultant Pediatrics, Columbia Asia Hospital, Ahemdabad.

The incidence of diabetes is rising around the world, and studies are showing children are at increasing risk of developing the disease.

"For children of our generation, the main source of entertainment was outdoor games. However, it is a common sight today to see small children glued to a video game or huddled together on a digital device for hours. This is causing serious damage to this generation, and parents must take note of it. It is not an intelligent idea to give your child a smart-phone or a play-station. Rather give them games and kits that drive them outdoors. Encourage them to play cricket, basketball, football, even take them out for a jog every day with you if required," said Dr Thakkar.

The global rise of childhood obesity and physical inactivity is widely believed to play a crucial role in increasing incidence of childhood diabetes. It also makes young adults prone to early onset of diabetes.

"While type 1 diabetes or juvenile diabetes is a genetic condition found in children, type 2 diabetes has traditionally been considered a disease of adults. However, the alarming trend today is the rise of type 2 diabetes in children as well. Physical inactivity and rise in childhood obesity are the major drivers of this trend," she added.

Type 1 diabetes or childhood-onset diabetes occurs when the pancreas does not produce enough insulin, a hormone that regulates blood sugar. It is believed to be the result of a combination of genetic and environmental factors. On the other hand, type 2 diabetes happens when the body cannot effectively use the insulin it produces. This is a preventable type of diabetes in most people and usually results from excess body weight and physical inactivity.

So, here's what you and your child should do:

Children emulate adults. You should set the right example by making sure you exercise 30 minutes daily; Take your child along to ensure he/she develops the habit.